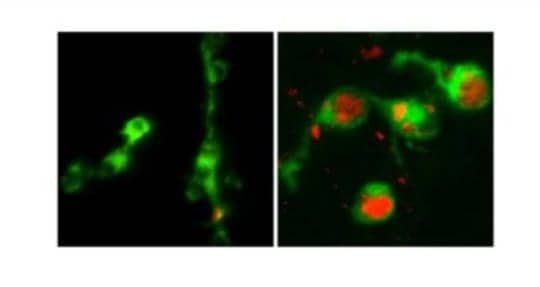 A new study indicates that smoking increases a person’s risk of developing tuberculosis because it causes vital immune cells to become clogged up and slow their movement.

An international team of researchers, led by the University of Cambridge, and the University of Washington, Seattle, studying genetic variants that increase susceptibility to TB in zebrafish — a ‘see-through’ animal model for studying the disease — identified a variant linked to ‘lysosomal deficiency disorders’. The lysosome is a key component of macrophages responsible for destroying bacteria. This particular variant caused a deficiency in an enzyme known as cathepsin, which acts within the lysosome like scissors to ‘chop up’ bacteria; however, this would not necessarily explain why the macrophages could not destroy the bacteria, as many additional enzymes could take cathepsin’s place.

The key, the researchers found, lay in a second property of the macrophage: housekeeping. As well as destroying bacteria, the macrophage also recycles unwanted material from within the body for reuse, and these lysosomal deficiency disorders were preventing this essential operation.

Professor Lalita Ramakrishnan from the Department of Medicine at the University of Cambridge, who led the research, explains: “Macrophages act a bit like vacuum cleaners, hoovering up debris and unwanted material within the body, including the billions of cells that die each day as part of natural turnover. But the defective macrophages are unable to recycle this debris and get clogged up, growing bigger and fatter and less able to move around and clear up other material.

“This can become a problem in TB because once the TB granuloma forms, the host’s best bet is to send in more macrophages at a slow steady pace to help the already infected macrophages.”

“When these distended macrophages can’t move into the TB granuloma,” adds co-author Steven Levitte from the University of Washington, “the infected macrophages that are already in there burst, leaving a ‘soup’ in which the bacteria can grow and spread further, making the infection worse.”