Among infants hospitalized with respiratory syncytial virus (RSV), there was no difference in the amount of wheezing in babies treated with azithromycin versus those who received a placebo, according to a study published in NEJM – Evidence.

Furthermore, while the difference in the amount of wheezing did not reach statistical significance, the study hints that treatment with antibiotics of any kind may increase wheezing in infants hospitalized with the virus, researchers from Washington University School of Medicine in St. Louis and Vanderbilt University report.

The antibiotic azithromycin has anti-inflammatory properties that can be beneficial in some chronic lung diseases, such as cystic fibrosis. With that in mind, researchers investigated its potential to prevent future recurrent wheezing among infants hospitalized with respiratory syncytial virus (RSV). With such babies at increased risk of developing asthma later in childhood, the scientists hoped to find a therapy to reduce this risk.

In infants and young children, RSV can cause bronchiolitis, an infection of the small airways in the lungs. Nearly all children contract RSV at some point in early childhood, and a small percentage develop bronchiolitis severe enough to be hospitalized. Infants hospitalized with RSV bronchiolitis are at an increased risk of developing asthma.

“About half of infants admitted to a hospital with RSV will be diagnosed with asthma by age 7,” said first author Avraham Beigelman, MD, an associate professor of pediatrics and a pediatric allergist and immunologist in the Division of Allergy & Pulmonary Medicine in the Department of Pediatrics at Washington University School of Medicine. “We are interested in finding approaches to prevent the development of asthma after RSV infection. Azithromycin has anti-inflammatory effects in other airway diseases, such as cystic fibrosis. We also had data in mice and data from a smaller clinical trial of hospitalized infants that suggested azithromycin reduced wheezing following RSV infection. So, we were surprised by the negative results of this larger trial.”

With parental permission, the researchers randomly assigned 200 infants hospitalized at St. Louis Children’s Hospital for RSV bronchiolitis to receive either oral azithromycin or a placebo for two weeks. The babies were otherwise healthy and ranged in age from 1 month to 18 months. The researchers received approval from the Food and Drug Administration (FDA) to give infants azithromycin as part of this clinical trial. Azithromycin is a commonly prescribed antibiotic used in children age 2 and older.

Patients were enrolled during three consecutive RSV seasons, from 2016 to 2019, and were followed for two to four years after hospitalization. The researchers also kept track of whether the infants received any other antibiotics before or during their hospital stays. A child’s pediatrician could choose to prescribe other antibiotics if, for example, the child also developed an ear infection or was suspected of developing bacterial pneumonia or other bacterial infection. Amoxicillin was the most common additional antibiotic prescribed.

While the study was not designed to parse the effects of different combinations of antibiotics, Beigelman said they found evidence suggesting that azithromycin alone — among patients who did not receive any other antibiotics — could increase the risk of recurrent wheezing. The researchers also found a suggestion of increased recurrent wheezing risk among patients who had received any antibiotic (such as amoxicillin from the pediatrician).

“There may be an increase in risk of recurrent wheezing with any antibiotic use,” Beigelman said. “We want to be cautious in our interpretation of this potentially negative effect of antibiotics, as the study was not designed to test the effects of different antibiotics. However, this is an important message to be communicated to pediatricians, since antibiotics are frequently given to patients with RSV bronchiolitis despite the fact that this practice is not supported by clinical guidelines. At the very least, azithromycin and antibiotics in general have no benefit in preventing recurrent wheeze, and there is a possibility they are harmful.”

Beigelman said the researchers also collected airway microbiome samples from these patients and plan to investigate whether bacteria colonizing the airway may interact with the antibiotics and have an impact on wheezing. They also plan to analyze stool samples collected from the same infants to see whether the gut microbiome may have a role in wheezing and the subsequent risk of developing asthma in childhood. 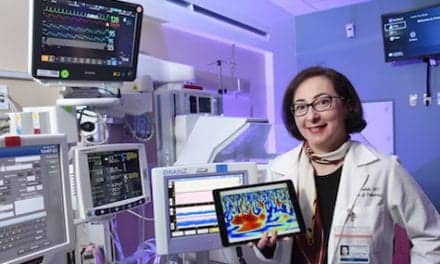