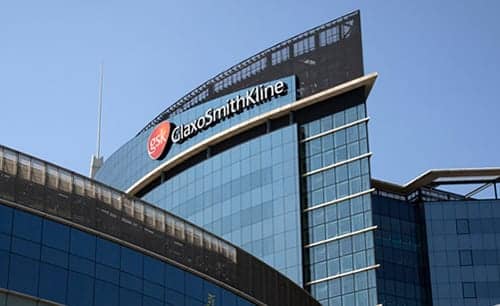 The US FDA has approved Nucala (mepolizumab) as the first targeted treatment for eosinophilic granulomatosis with polyangiitis (EGPA), previously known as Churg-Strauss syndrome, according to manufacturer GlaxoSmithKline.

What is eosinophilic granulomatosis with polyangiitis (EGPA)?

Eosinophilic granulomatosis with polyangiitis is a chronic rare disease that is caused by inflammation in the walls of small-to-medium sized blood vessels (vasculitis). In EGPA, patients typically develop adult-onset asthma, and often allergic rhinitis and sinusitis. EGPA can result in damage to lungs, sinuses, skin, heart, gastrointestinal tract, nerves and other organs. The most common symptoms include extreme fatigue, muscle and joint pain, weight loss, sinonasal symptoms, and breathlessness.

The global incidence is generally reported to be in the range of 1-4 per million, with an estimated prevalence of approximately 14-45 per million. This translates to approximately 5000 patients with EGPA in the US. The mean age of diagnosis is 48 years, and the disease can be life-threatening for some patients.

The current approach to disease management is primarily based on reduction of active inflammation and suppression of the immune response through the use of corticosteroids and concomitant immunosuppressive therapy (e.g., methotrexate, azathioprine, mycophenolate mofetil) and/or cytotoxic agents (e.g. cyclophosphamide). Although the use of these treatments can be effective for establishing remission, patients remain vulnerable to either the complications of the long-term use of these therapies and to the risk of relapse, particularly if the dose of corticosteroid is reduced.

The approval for EGPA is based on results from the pivotal, 52-week, Phase III MIRRA study, conducted as a collaboration between GSK and the National Institute of Allergy and Infectious Diseases, part of the US National Institutes of Health.

The MIRRA study evaluated the efficacy and safety of 300mg of mepolizumab administered subcutaneously every four weeks versus placebo as add-on therapy to standard of care (corticosteroids plus or minus immunosuppressants) in 136 patients with relapsing and/or refractory EGPA:

Dr. Peter A. Merkel, Chief, Division of Rheumatology at Perelman School of Medicine, University of Pennsylvania & MIRRA study site investigator said: “Patients suffering from EGPA too often face a frustrating journey from a delay in receiving a proper diagnosis to having few effective treatment options with an acceptable safety profile. Rheumatologists, immunologists, and pulmonologists have an important role in properly diagnosing and treating patients with EGPA. Today’s approval of mepolizumab provides specialists with the ability to offer a targeted treatment to appropriate patients with this complex disease.”

Eric Dube, Senior Vice President & Head, GSK Global Respiratory Franchise, said: “Following physician and patient experience with Nucala in severe eosinophilic asthma, we are thrilled that the FDA has expanded the use of this medicine to patients with EGPA, another eosinophil-driven disease, enabling GSK to make it available to patients.

Nucala for treatment of EGPA in the US is available now. Mepolizumab is not approved for the treatment of other eosinophilic conditions or relief of acute bronchospasm or status asthmaticus.