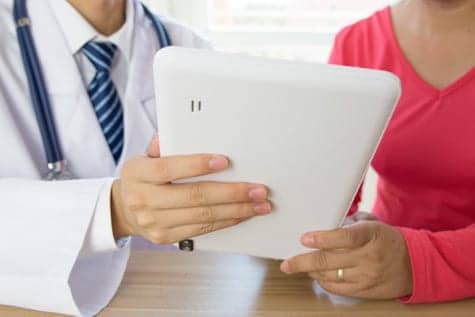 Pulmonx has launched a tablet version of its Chartis Pulmonary Assessment System, a diagnostic tool designed to identify optimal patients for its emphysema treatment, Zephyr Endobronchial Valve (EBV) therapy, according to a company announcement.

The Chartis Tablet, which is CE-approved and available in Europe, is portable, has a small footprint and is designed to be easier for physicians to use during pre-procedural evaluation, Pulmonx says. The new tablet was showcased at the European Respiratory Society International Congress (ERS) in Amsterdam.

The Chartis System is a proprietary endoscopic, catheter-based diagnostic system that identifies collateral ventilation by enabling precise and real-time assessment of flow and pressure readings for specific lobes in the lungs. This critical information allows physicians to select those patients with no or low collateral ventilation for Zephyr EBV treatment, and helps them predict with high accuracy those patients that are most likely to benefit from the therapy, Pulmonx says.

Multiple randomized controlled trials have demonstrated that patients selected using the Chartis System and treated with the Zephyr EBV have experienced statistically significant improvements in lung function, exercise capacity and quality of life, according to the company.

More than 65% of severe emphysema patients have been shown to have low collateral ventilation in one or more target lobes of the lung, demonstrating a large potential market for the Zephyr EBV treatment. The Zephyr EBV is a tiny, one-way valve placed in the lungs to block airflow to diseased regions in order to achieve lung volume reduction. Zephyr EBVs have been implanted globally in more than 10,000 patients.

With Chartis capabilities in a tablet, physicians can now place the system in a convenient location that allows them to visually focus on the procedure, ensuring the diagnostic is run as intended and that patient selection for the EBV procedure is as accurate as possible. The tablet has a high resolution touch screen and is Bluetooth-enabled for ease of use. It also includes an HDMI-out that enables picture-in-picture capabilities. The Chartis assessment can be performed during spontaneous breathing or mechanical ventilation (including jet ventilation) under general anesthesia.

“Chartis has proven remarkably effective at identifying those patients that will receive the most benefit from the Zephyr valve,” said Pulmonx CEO Glen French. “With our new Chartis system, we are making the diagnostic easier for physicians to use to ensure the best possible patient selection.”

The Zephyr EBV is an investigational device in the United States. 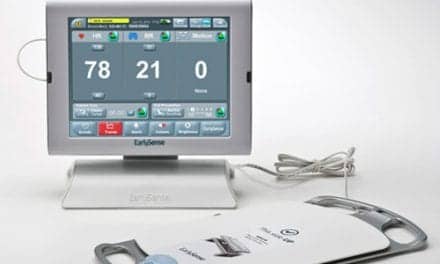 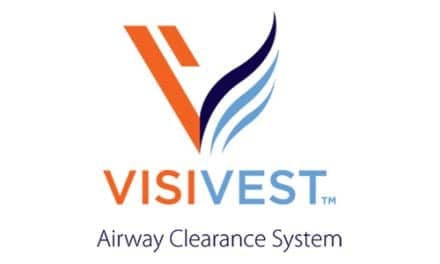 The Case for Continuous Patient Monitoring