Most Antibiotic Use in NICU Occurs in Suspected, not Proven, Infections

Surveillance of all antibiotic use in a level 3 neonatal ICU indicated the majority of antibiotic prescriptions were narrow-spectrum and would not be monitored by most stewardship programs. 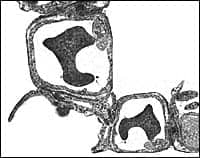