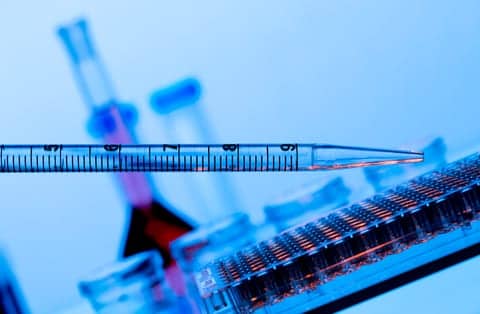 The Virome-Capture-Sequencing platform for Vertebrate viruses is a new tool designed to detect and sequence viruses.

Developed by scientists at the Center for Infection and Immunity (CII) at Columbia University’s Mailman School of Public Health, the Virome-Capture-Sequencing platform for Vertebrate viruses (VirCapSeq-VERT) is as sensitive as the gold standard polymerase chain reaction (PCR) assays while enabling simultaneous testing for hundreds of different viruses and providing near complete sequence of their genomes.

The system and its capabilities are described for the first time in a paper in the journal mBio.

To use VirCapSeq-VERT, scientists select genetic pieces from among nearly 2 million known viruses, representing all viral taxa known to infect vertebrates. These genetic pieces are used to constitute a probe, which is introduced alongside material taken from the sample being tested. A magnetic process “pulls out” segments from the sample that match the probe; these segments are then analyzed using high-throughput sequencing. In a series of tests detailed in the study, scientists used VirCapSeq-VERT to test for a wide range of viruses in lung tissue, blood, nasal swabs, and feces. In tests of blood or tissue, the method resulted in 100 to 10,000-fold increases in viral matches compared with conventional high-throughput tests.

Smoking Allowed in Growing Number of Restaurants, Bars in Georgia