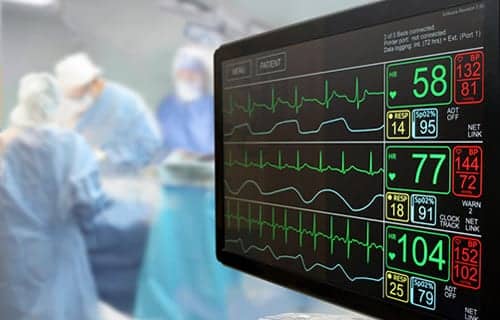 A retrospective cohort study found that mechanically ventilated patients with PTSD had higher sedation requirements. Researchers from the University at Buffalo-SUNY examined the effects of pre-existing post traumatic stress disorder (PTSD) on mechanically ventilated veterans during ICU hospitalization. They will present their research at CHEST 2015 in Montréal on Tuesday, October 27, 2015.

A group of adult patients with PTSD who were mechanically ventilated were compared with patients without PTSD, matched for age, sex, and severity of illness.

Of the 1,569 patients that were identified, patients with PTSD had a longer duration of sedation with benzodiazepines (3.04 vs 2.43 days) and opiates (3.29 vs 2.47 days), and a higher mean daily dose of propofol.

These results note the necessity to develop sedation regimens tailored to patients with PTSD, which could help improve their experience in the ICU. In addition to these findings, a trend toward increased ICU mortality rate in the PTSD group was also seen without a significant difference in the duration of mechanical ventilation.

“More than 10% of our VA ICU patients suffer from PTSD,” Dr Jad Kebbe, University at Buffalo physician and lead researcher, said in a press release. “Their ICU care should incorporate proper awareness of their PTSD, with particular attention to their sedation regimen.”

It’s Not Your Father’s Pulse Oximeter!