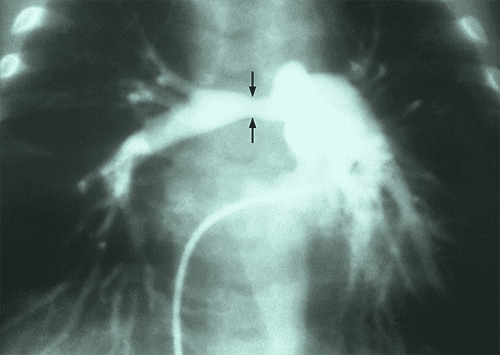 Patients with biventricular hearts and an ostial stenosis were more likely to be treated successfully, whereas single-ventricular hearts, low body weight and need for emergency procedures significantly increased the risk for death or a major adverse event, the researchers wrote.

The analysis included data collected from the National Cardiovascular Data Registry-IMPACT Registry on 1,183 pulmonary artery stenting procedures performed in 974 patients between 2011 and January 2014. Citing the lack of a standardized definition for procedural success, the researchers identified the following criteria for success according to whether patients had biventricular hearts or single-ventricle palliation: