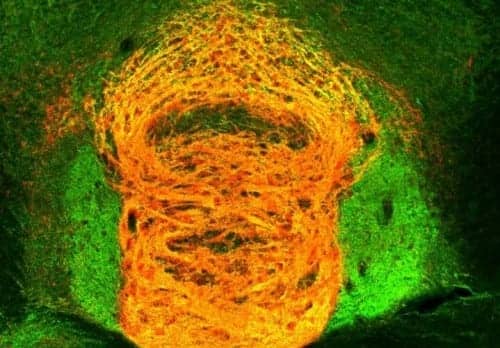 The neurotransmitters acetylcholine and glutamate were known to play a role in nicotine dependence. The orange region above shows the overlap of these neurotransmitters in the habenular circuit, where they interact to reinforce addiction. Credit: Laboratory of Molecular Biology at The Rockefeller University.

Researchers publishing in the journal eLife report that the neurotransmitter acetylcholine regulates glutamate signaling in an “addiction center” of the brain called the habenula — the interaction between these neurotransmitters influences nicotine dependence.

Using a mouse model, researchers found that removing acetylcholine from the habenula caused the mice to become insensitive to the rewarding properties of nicotine, and they did not develop a tolerance to continued nicotine exposure. In addition, these mice did not experience withdrawal symptoms, such as body shakes and scratching. These findings and others indicate that without acetylcholine, nicotine addiction would not occur.

“We knew that both of these neurotransmitters played important roles in the neurons in the habenula,” says Ines Ibanez-Tallon, research associate professor in the Laboratory of Molecular Biology at Rockefeller University. “What we didn’t know was how they might interact, or work together to reinforce addiction.” 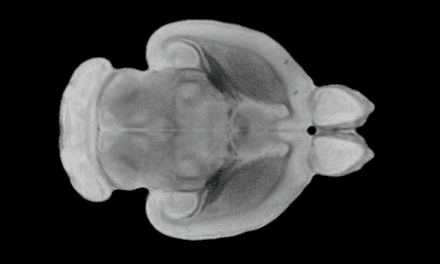