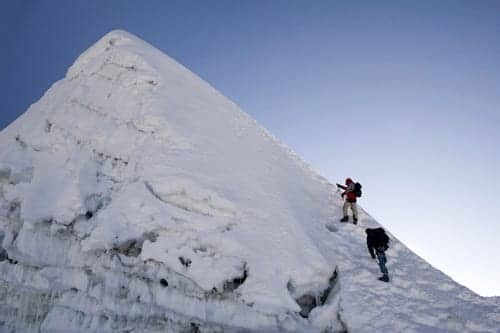 Research published in the Proceedings of the National Academy of Sciences found that Sherpas, the native Nepalese people known for climbing mountains like Mt Everest, are able to more efficiently produce energy in low-oxygen environments, a fact that could someday improve treatment of hypoxic patients.

One of the key findings was that Sherpas’ phosphocreatine levels also increased with time, while in the lowlanders it plummeted after two months. Phosphocreatine is an energy reserve that helps the muscles contract when ATP is absent. To add to the Sherpas already impressive physiology, their free radicals remained low, which is good news as they can damage cells and tissue.