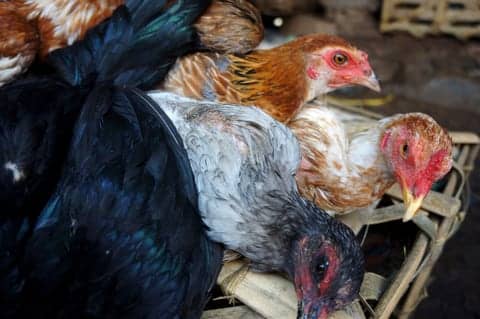 The COVID-19 pandemic has demonstrated that zoonotic diseases – infections that pass from animals to humans – can present tremendous threats to global health. More than 70% of emerging and reemerging pathogens originate from animals. That probably includes the SARS CoV-2 virus, which scientists widely believe originated in bats.

There are still questions about specifically where the SARS-CoV-2 virus emerged. But experts across the globe agree that communities can take steps to prevent future pandemics. A key is for veterinarians, doctors and scientists to work together, recognizing how closely connected human health is with that of animals and of the habitats that we share – an approach known as One Health.

To prevent new pandemics, scientists need to identify specific locations where viruses are most likely to make the jump from animals to humans. In turn, this requires understanding how human behaviors – from deforestation to fossil fuel combustion to conflict to cultural activities – contribute to spillover risks.

We focus on global One Health research and education and epidemiology of infectious diseases, and we served on a science task force convened by the Harvard T.H. Chan School of Public Health and the Harvard Global Health Institute to evaluate current knowledge of how to prevent spillovers. The task force report noted that a recent analysis estimates the costs of addressing spillover at high-risk interfaces through One Health approaches and forest conservation at US$22 billion to $31 billion per year. These costs are dwarfed by the estimated global GDP loss of nearly $4 trillion in 2020 due to the COVID-19 pandemic.

In our view, coordinated investment based on a One Health approach is needed to initiate and sustain global prevention strategies and avoid the devastating costs of pandemic response.

Identifying high-risk areas for zoonotic spillover is challenging. People and wildlife move around a lot, and exposure may not lead immediately to infection or produce symptoms that clearly reflect exposure to pathogens.

But researchers can make predictions by combining data on human and livestock density with that on environmental conditions, such as deforestation and land use changes, that can enable pathogens to spread from wildlife to humans. For instance, there are areas in China, Indonesia, India and Bangladesh where development has fragmented forests and extended animal farming and human communities near the natural habitats of horseshoe bats. This group of bats, which includes more than 100 species, has been implicated as a reservoir for many coronaviruses.

It’s not uncommon for bat-borne diseases to spill over to humans. Sometimes it happens directly: For example, bats in Bangladesh have repeatedly transmitted Nipah virus to humans. Or the pathogen can move indirectly via intermediate hosts. For example, in 1994 bats in Australia infected horses with Hendra virus, a respiratory disease that then passed to humans.

In Brazil, yellow fever is endemic in the jungles, spread mainly between monkeys via mosquitoes. People in the country occasionally contract it from mosquito bites, and deforestation and land conversion for farming are increasing the risk of greater spillovers. There is rising concern that the disease could be introduced into Brazil’s large cities, where Aedes aegypti mosquitoes are widespread and could transmit it on a large scale.

There also are specific human behaviors that may further increase the risk of spillovers. They include work that puts humans in direct contact with or near animals, such as harvesting bat guano (dung) for fertilizer, and buying and selling wild animals or animal parts. https://www.youtube.com/embed/OJjZX9iINPk?wmode=transparent&start=0 Tropical deforestation, wildlife trade and raising livestock near forest edges are thought to be major drivers of zoonotic disease spillover.

Daily routines related to storing food and eating wildlife meat can also create risks. For example, Ebola virus outbreaks in Nigeria have been associated with butchering and eating bushmeat.

People in areas with a high risk of spillover don’t need to stop living their lives. But they do need to recognize that some actions are more risky than others and take appropriate safety precautions, such as wearing protective equipment and making sure that bushmeat is properly handled and cooked.

The importance of teamwork

In our view, it is essential for researchers and governments to understand and embrace the central concept that the health of animals, people and the environment is closely connected, and factors that affect one can affect all. Ideally, problem-solving teams form that address prevention from the community and district levels to the ranks of health, animal and environmental ministries.

Members of local communities are most likely to know where people run the highest risk of coming in contact with animals that may carry infectious diseases. By listening to them, veterinary and medical health professionals, as well as foresters and land managers, can develop strategies that are more likely to decrease the risk of spillover.

Organizations such as the U.S. Agency for International Development, the Food and Agriculture Organization of the United Nations, national governments and civil society groups are investing in One Health platforms across selected countries in Africa and Asia. These networks are typically anchored in government ministries. They can also include nongovernmental organizations and civil society groups committed to advancing health and well-being through a One Health framework.

For example, many countries have separate databases to track infectious disease outbreaks in humans and animals. Connecting these systems across government ministries and agencies can improve information exchange between them and lead to better understanding of spillover risks.

We believe that preparing for the next pandemic must include preventing it at its source. Our best chance to succeed is to coordinate research and design of spillover interventions, recognizing that the health of humans, animals and nature are connected.