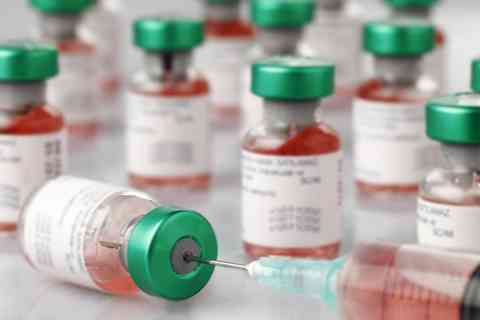 A new study published in Cell Reports offers an explanation as to why the measles requires only a two-dose vaccine while the frequently mutating influenza virus requires a yearly shot that provides only a certain amount of protection.

According to a Cell Press news release, the researchers explain that the surface proteins that the measles virus uses to enter cells are ineffective if they suffer any mutation, meaning that any changes to the virus come at a major cost. The research team used an approach to mutate all of the genes in a virus in one experiment, which can be a valuable way to understand the future of “viral evolution.”

The scientists inserted mutations across the measles genome and assessed whether the viruses were still capable of infection. The team found that measles could not tolerate any mutations to the proteins that are recognized by the human immune system, making it very unlike influenza, as noted on the Cell Press news release.

Nicholas Heaton, senior author of the study, states, “We didn’t know what we were going to see when we started. The almost complete lack of tolerance to insertional mutation of the measles proteins was surprising. We thought that they may be less tolerant than the influenza proteins, but we were surprised by the magnitude of the difference.”

One hypothesis that may explain why the measles virus would find an “evolutionary advantage” to being so rigid is that measles uses a more complex strategy to get into human cells than influenza. For example, influenza only requires the binding of one of the sugars that decorate the outside of cells as a means of getting inside, while measles requires binding to specific cellular protein receptors as its doorway, according to Cell Press.

Heaton explains, “There are many potential explanations for why measles virus proteins can’t tolerate insertional mutations, from changing protein stability to changing the structure or function of the proteins. If we can better understand why flexibility or rigidity is imposed at a molecular level, we may be able to understand more about why we see different dynamics of viral evolution.”