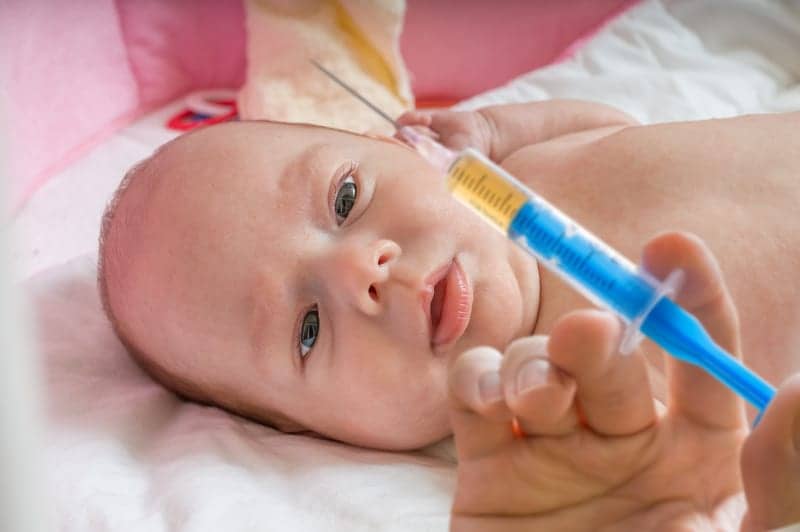 University of Missouri School of Medicine researchers have identified a protein that may offer protection to babies when added to the flu vaccine.

“Influenza vaccine works by stimulating a person’s immune system to make antibodies that attack the flu virus,” said Michael Sherman, MD, professor emeritus in the Department of Child Health at the MU School of Medicine and lead author of the study. “However, infants younger than six months do not make antibodies when given flu vaccine. This is because the immune systems of these very young babies do not respond to the adjuvant, or additive, within the vaccine that boosts the body’s immune response when confronted with a virus.”

The adjuvant used in most vaccines is aluminum hydroxide, or ALUM. ALUM is an additive that essentially acts as an irritant to attract white blood cells called neutrophils to the vaccination site. Neutrophils secrete the protein lactoferrin, which works with the immune system to impede the virus’s ability to survive in the body. However, in premature and term infants, ALUM does not make immature immune cells work better. In this very young group, only the smaller amount of naturally occurring lactoferrin found near the vaccination site improves the immune response.

“It is well documented that infants obtain protection against certain infections from nutrients found in breast milk,” Sherman said. “Lactoferrin is the major protein in a mother’s milk and boosts her infant’s immune system to fight infection. In theory, we felt that we could create a vaccine by replacing ALUM with lactoferrin as an additive.”

To test their hypothesis, Sherman’s team studied mice vaccinated with either the adjuvant ALUM or lactoferrin. The mice, whose ages approximated those of human infants younger and older than six months, received the H1N1 influenza virus. The results indicated that lactoferrin worked slightly better than ALUM as an adjuvant. Lactoferrin also provided four to five times the protection against influenza, compared to the control group that received an influenza vaccine without an adjuvant.