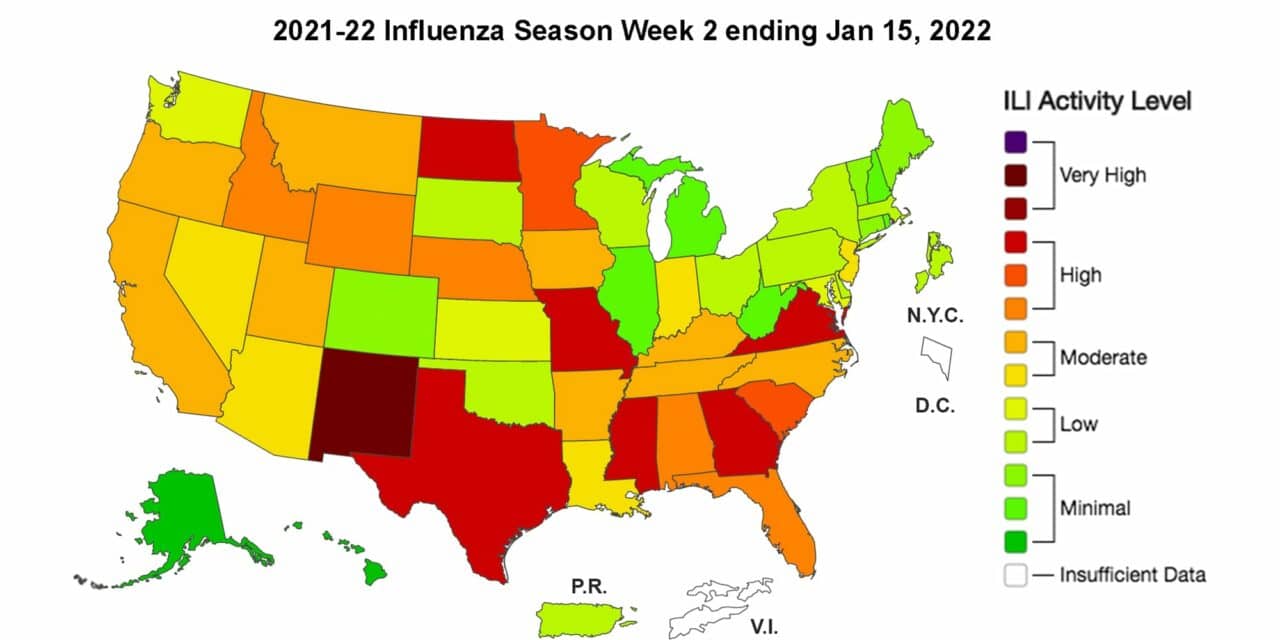 Since the start of the COVID-19 pandemic, cases of the novel coronavirus have far outpaced all influenza rates, marking some of the most remarkably quiet flu seasons on record.

The most recent US Centers for Disease Control and Prevention’s (CDC) weekly flu report showcased how even at what is normally the height of flu season, influenza rates remain low and are already declining from a peak earlier in the season.

Since the beginning of this year’s flu season in October, there have been a total of 32,903 lab-confirmed influenza cases, which represents just a 2.7% positivity rate out of the approximately 1.2 million samples tested. Data from the week ending on January 15, shows a 1.8% positivity rate with most positive cases coming back as influenza A.

Despite low rates of influenza, in-patient medical visits for respiratory illness are higher than what is typically seen this time in the season, which is likely due to the continued spread of COVID-19. Also, deaths attributed to respiratory illness are well above baseline. During the most recent week, the CDC data shows 25.5% of deaths were attributed to pneumonia, COVID-19, or influenza.

Overall, the report says, the amount of influenza circulating varies greatly by region, with southern states currently experiencing the highest levels. Previous concerns raised about a possible “twindemic,” in which flu and COVID-19 spread rapidly in unison, so far appear overblown.