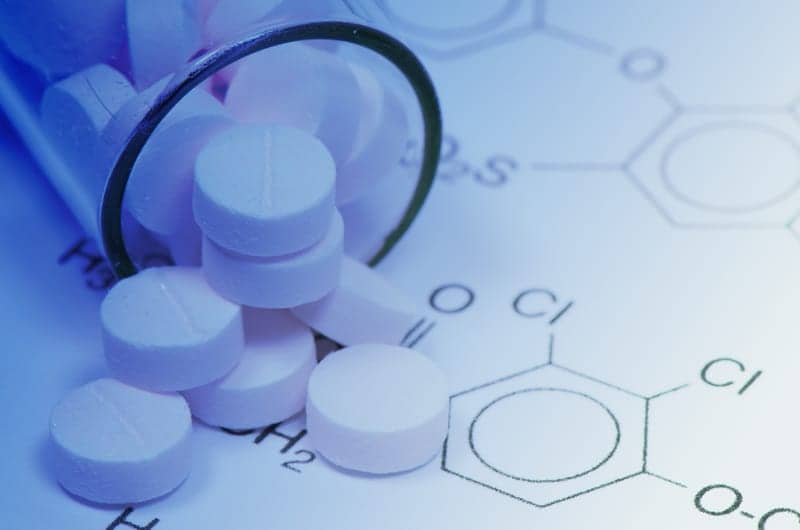 A retrospective review of patient records showed that aspirin prophylaxis administered during mechanical ventilation considerably lowers the risk of deep-vein thrombosis (DVT) when compared with patients on thromboprophylaxis but not aspirin. To test the hypothesis that aspirin may prevent DVT in mechanically ventilated ICU patients when used in addition to thromboprophylaxis, the researchers reviewed data on ICU patients who required mechanical ventilation for at least 72 hours and were tested for DVT during their hospital stay.

A MedPage Today news release notes that an adjusted regression analysis showed that patients who received aspirin had an odds ratio for DVT of 0.39 versus patients who did not receive aspirin (95% CI 0.17-0.90, P=0.027). In addition, multivariate analysis confirmed the unadjusted result (OR 0.39, 95% CI 0.16-0.95, P=0.04), while age, sex, sepsis, receipt of chemical thromboprophylaxis, and presence of catheter did not significantly affect the risk of DVT in the multivariate analysis.

The overall results of the study show that patients on aspirin for cardiovascular prevention had a 61% lower risk of DVT as compared with all patients not on aspirin, according to MedPage Today. Also, thromboprophylaxis without aspirin reduced the risk by 26%, which did not achieve statistical significance in a multivariate analysis. The researchers note that no other factors included in the analysis notably affected the risk of DVT.

“A prospective trial is needed to evaluate if aspirin can reduce the risk of DVT or pulmonary embolism (PE) and to assess the risk of bleeding complications,” says Ena Gupta, MD, MPH. “A prospective trial might also help identify a target high-risk population that would have the most benefit versus risk from the addition of aspirin for thromboprophylaxis in the critically ill patient population.”

Muthiah P. Muthiah, MD, of the University of Tennessee, says the “dramatic” results point to an opportunity to improve patient care with a simple intervention that has been overlooked in the critical care field

Muthiah states, “The most stunning number in this study is that about 25% of patients developed DVT. These are very provocative data and we should be prospectively studying in a blinded fashion the use of aspirin to prevent DVT in patients who have contraindications to other antithrombotic agents.”