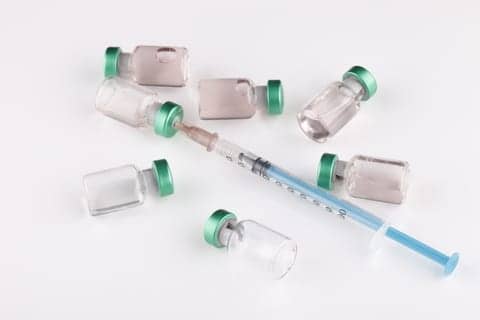 A team of researchers released recommendations against the use of Pseudomonas aeruginosa vaccines in patients with cystic fibrosis.

The review resulted in patients with an average age of 7 years old, with all of the patients free of infection with P. aeruginosa at the start of the trials and having a lung function of at least 50% of their predicted age.  These patients were followed from between 2 and 12 years and the following clinical outcomes were observed:

When discussing the results of the study, the investigators wrote, “The trial data we reviewed did not suggest that the vaccines tested for preventing infection against P. aeruginosa were effective. Effective vaccines have been developed against other bacteria, e.g. Haemophilus influenzae, Neisseria meningitidis and Streptococcus pneumoniae, and there is clearly a need for additional basic research to further increase our understanding of those elements of the immune response to P. aeruginosa that could potentially have a protective effect in patients with CF. Beneficial alterations in immune responses have been seen in animal experiments (Johansen 1995) and should be further evaluated (Moser 2000).”