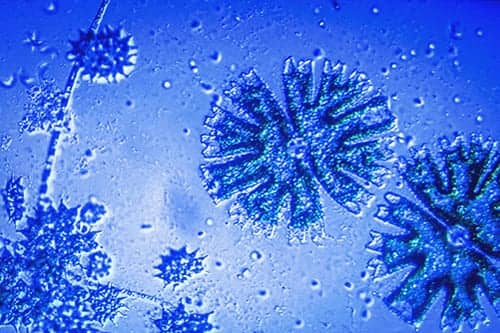 The Cystic Fibrosis Foundation (CFF) reports that screening newborns for cystic fibrosis (CF) has become important in detection of abnormalities in the CF gene mutation soon after birth, a strategy that facilitates early intervention. A key component of that intervention is maintaining an open airway; in recent years, advancements in medical devices have been facilitating the process of airway clearance and enhancing the quality of life for patients with CF.

Gina Simpson, BS, RT, RRT, CPFT, St. Louis Children’s Hospital Chief Pulmonary Function Technician, reported that airway clearance typically begins soon after diagnosis is made in an effort to establish a routine for both parents and patient. “If you start early it’s like brushing your teeth. If you do this as routine, it becomes part of your day and promotes adherence throughout lifespan. This benefits [patients] throughout life,” she said.

Manual chest percussions are typically the first airway clearance intervention used with  babies and children under two, according to Simpson. “You can always fall back on [this technique] throughout life,” she said. As children progress or offer resistance during chest physical therapy (CPT), Simpson suggests gently bouncing the baby on a yoga ball. “This simulates a trampoline. The diaphragm pushes up and the baby does a little huff cough. You can then put them in different positions on the yoga ball to work different areas and segments of the lung. Babies like the bouncing action. We do this around eight to nine months,” she said.

Bubble CPAP (continuous positive airway pressure) is another option that helps to “reset the brain,” Simpson noted. Her clinic introduces this blowing technique to patients at age three or four. “We have them blow bubbles through a smoothie straw a couple of feet long. We put the straw in a couple inches of water and add detergent to make it a game. Positive expiratory pressure is the advantage.”

Once the patient gets older, life becomes busier and more and active, so switching to oscillatory or handheld devices may fit better into hectic lifestyles. Simpson cited devices, such as Aerobika, an oscillating positive expiratory pressure (PEP) device that “…provides intermittent resistance and creates positive pressure and oscillations simultaneously.” Acappela, another PEP device, incorporates airway vibrations and can be used while sitting, standing or reclining. The Flutter also clears the airway by producing oscillation frequencies between 6 and 20 Hz. The device sends intermittent vibrations to the airways, increasing the endobronchial pressure and speeding up expiratory airflow. This mechanism of action lifts and loosens mucus and facilitates better clearance.

Simpson pointed out that activity of any sort plays a role in clearing the airway, although exercise does not replace all airway clearance techniques. “My runners and swimmers seem to do much better than those who watch video games all day. Certainly trampolines are great for airway clearance. Jumping pushes the diaphragm up and promotes huff coughing,” she said. “Yoga is good. Kids learn to stretch, [gain] flexibility and balance and improve conscious awareness of breathing. This seems to have an impact.” A 2013 study1 found a relationship between physical activity and lung health in patients with CF, indicating that even low intensity activity is able to help preserve lung function. Furthermore, the decline in FEV1 is less in patients who increase activity level.

While handheld devices are capable of achieving some degree of airway clearance, the use of high-frequency chest wall oscillation (HFCWO) delivered via a vest has been proven to be a better option, according to Bob Ellis, senior vice president, Sales and Marketing, International Biophysics Corp, which manufactures AffloVest. He pointed out that vest therapy removes the inconsistencies associated with other airway clearance techniques and devices. “An AffloVest hits all areas of the lung and provides mobility during use,” he said. “This is a shift in technology compared to older technology that has been around for 25 years.”

Ellis noted that the AffloVest was the first portable, mechanical device to provide chest physical therapy (CPT) through direct dynamic oscillation. “Eight oscillating motors, four in front and four in back, target the upper and lower lobes in the front and back, delivering oscillatory waveforms to the lungs to mobilize secretions so the user can cough them up,” he said. Notably, respiratory therapists have tracked the data and determined that when users switch from older vest technology to AffloVest, their lung function scores, specifically FVC, FEV1 and FEF25-75, improve.2 This paper also reported that patients enjoyed “…the ability to read, write, watch TV, play games and work on their computer during treatment.”

Since the AffloVest is not tethered to a wall or restricted by a power cord or hose and weighs a mere five to nine pounds, users have increased mobility that allows them to move freely at or away from home. Ellis pointed out that there are also no age restrictions for use of the AffloVest; rather, the vest fits small patients with a chest circumference of 18 inches up to a larger individual whose chest measures 65 inches. Furthermore, when patients outgrow a vest, International Biophysics will fit the patient with a new one and exchange it, free of charge.

AffloVest tracks data through a built-in compliance meter that provides visual information regarding usage. “Compliance is a key factor in making sure the patient is getting the therapy they need,” Ellis said.

According to Andy Reding, vice president/general manager, Hill-Rom Respiratory Care, the process of clearing airways with HFCWO has become standard therapy in the industry; a study out of the University of Minnesota showed significant improvement in the pulmonary function of patients with CF who use this therapy.

Based on these findings and in collaboration with the study author, Hill-Rom pioneered The Vest Airway Clearance System to create airflow in the lungs and promote mini-coughs that push secretions up. “This is coming full circle, trying to break the cycle of infection,” said Reding. “Retained secretions have the propensity to harbor bacteria, which then create infections and cause a downward spiral if patients do not take care of themselves and do airway clearance.”

While studies, clinical observation and patient testimony has proven the effectiveness of HFCWO therapy, compliance can be a challenge. Reding said, “We know it works and if the patient uses it, they will get better.” To encourage better compliance, Hill-Rom created the VisiView Health Portal, a Bluetooth-enabled VisiVest System, that allows physicians, patients and caregivers to track usage. “Data goes to the cloud when the patient uses the device. The health care provider can then access the data and see how often the patient is using the therapy,” Reding said. “This was designed to create a better environment for coaching patients on using the therapy. It gives a good baseline for being able to create mutually beneficial coaching conversations.”

Despite the effectiveness of vest therapy, patients find that using a somewhat noisy device that plugs into the wall impedes the ability to function normally. “We find that adherence increases when patients can fit therapy into their lives,” Reding said. “The CF patient’s lifespan is increasing rapidly so they have families and careers and are doing a lot of things they didn’t do in the past. We determined that therapy should fit into their lives.”

Approximately 16 months ago Hill-Rom introduced The Monarch Airway Clearance System, a portable battery-operated vest that provides mobility so patients can engage in everyday activities both inside and outside the home. Reding said, “The traditional vest contains an air bladder that squeezes the entire thorax and that’s what creates the airflow in the lungs. The Monarch System has eight different discs or pods located over the lobes of the lung, which create oscillation on the outer wall. This thins out secretions in a localized way, but also creates airflow in the lungs.”

Furthermore, the device is simple to use. “You push a pendant to operate the vest. It has a pause button to stop and start it. A trainer comes to the home to ensure a proper fit and to provide instructions for use,” Reding said.

The patient controls the intensity of the pressure and how many times per minute the device oscillates. While many vests are first prescribed for patients at the age of two, the Monarch System is more appropriate for patients who are at least 15 years old, due to its weight. Reding reported that a growing share of the US population of CF patients currently has a prescription for the Monarch.

While HFCWO is key in helping to move secretions and maintain a clear airway, mobility is also an important part of the picture. “Patients have been wanting a solution like this for a long time and are now using it. You can’t put a value on mobility,” Reding said.

During the last 30 years, vest therapy has evolved. Manufacturers continue to apply technology and innovation to devices that foster compliance, work more effectively and offer a better quality of life. RT 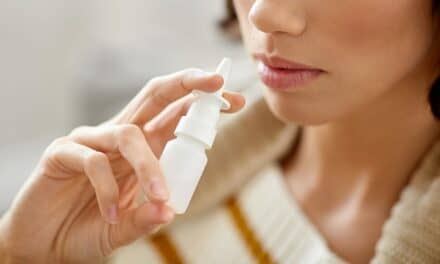 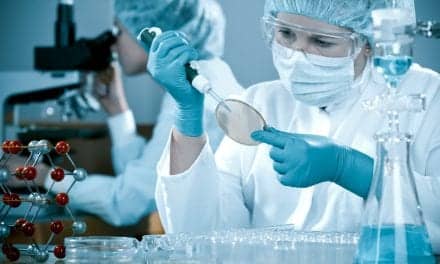