A Reuters news report indicates that staff reviewers from the Food and Drug Administration (FDA) are questioning whether an experimental combination therapy for cystic fibrosis (CF) from Vertex Pharmaceuticals has any added benefits over Kalydeco, which is the currently approved therapy from the company. The reviewers are specifically examining if there are any benefits in patients with the most common genetic mutation behind the disease.

The combination of Kalydeco and an experimental compound called lumacaftor was tested against a placebo in patients aged 12 and above with a type of genetic mutation known as F508del, carried by about half of all CF patients, according to Reuters. Presently, Kalydeco is not approved to treat this mutation. The reviewers said that the combination was tested against a placebo rather than against its individual components as is often case.

The Reuters news report notes that this raises the question of whether lumacaftor contributes any added benefit over Kalydeco as a standalone drug as well as whether Kalydeco by itself has a positive effect on the patient population. Analysts said they still expect the FDA to approve the drug.

Zachry Barber, Vertex’s senior director of corporate communications, says that if the combination, Orkambi, is approved, Vertex will be eligible to treat about 8,500 patients in the US, which is up from the 2,000 Kalydeco currently addresses. The FDA is expected to make a decision on Orkambi by July 5, 2015.

How Bacteria Evolve, Adapt to Survive in Lungs of CF Patients 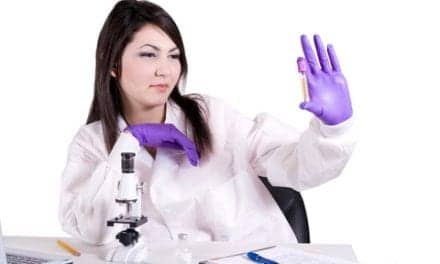