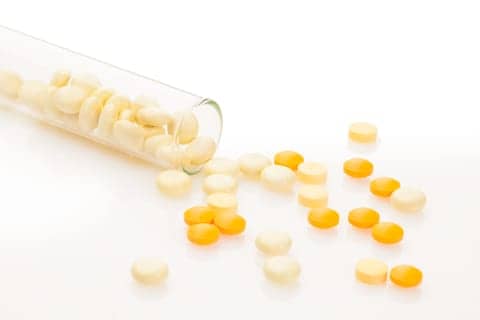 Scientists at the University of Texas MD Anderson Cancer Center have developed a drug to treat the uncontrolled secretion of mucins in the airways.

A multicenter research team co-led by The University of Texas MD Anderson Cancer Center developed the first drug to treat the uncontrolled secretion of mucins in the airways, which causes potentially life-threatening symptoms in millions of Americans with asthma, COPD and cystic fibrosis, as well as lung disease resulting from cancer and cancer treatment, according to a study published in Nature.

“Mucus is a significant problem in pulmonary medicine, because in people with these common lung diseases, thick mucus can block the airways and cause symptoms ranging from a mild cough to very serious decreases in lung function,” said Burton Dickey, M.D., professor of Pulmonary Medicine and co-corresponding author of the study. “Most drugs for these conditions work to reduce inflammation or expand the airways to help people breathe better, but mucus is the most serious issue. Our research has created the first drug that would stop the secretion of mucins in its tracks.”

Muco-obstructive lung diseases affect hundreds of millions of people worldwide. In the U.S., about 25 million people have asthma, 16 million adults have been diagnosed with COPD and CF is the most common life-threatening, genetic disease. Many cancer patients end up with lung disease because their cancer treatments or the cancer itself leaves them immunocompromised.

Normally, mucins are gradually released into the airways, where they absorb water and form a thin layer of protective mucus that traps pathogens and is easily cleared by cilia. In muco-obstructive lung diseases, high volumes of mucins are suddenly released and, unable to absorb enough water, result in a thick mucus that can plug airways and impair lung function.

Dickey’s lab began studying mucin secretion two decades ago and previously identified the key genes and proteins involved, showing how synaptotagmin and a SNARE complex, similar to that found in neurons, contribute to the key process of Ca2+-triggered membrane fusion.

“We built up a picture of what the secretory machinery looked like and we knew all of the major players,” Dickey said. “Once we had an idea of how all the pieces worked together, we determined synaptotagmin-2 (Syt2) was the best protein to target to block mucin secretion because it only becomes activated with a high level of stimulation. Therefore, blocking the activity of Syt2 should prevent sudden massive mucin release without impairing slow, steady baseline mucin secretion that is required for airway health.”

In this study, a collaborative effort between MD Anderson, Stanford Medicine and Ulm University, the researchers verified Syt2 as a viable therapeutic target protein in several types of preclinical models. Philip Jones, Ph.D., vice president of Therapeutics Discovery and head of the Institute for Applied Cancer Science, designed a hydrocarbon-stapled peptide, SP9, to block Syt2, based on structures developed by the Stanford collaborators, including senior co-corresponding author Axel Brunger, Ph.D., professor of Molecular and Cellular Physiology.

Stapled peptides are a recent therapeutic development involving modified amino acids that form hydrocarbon crossbridges to hold their structure rigid so they can bind to a protein target and show enhanced stability. Stapled peptides have been used to treat other diseases, including cancer, but SP9 would represent the first stapled peptide to be used as an inhaled therapeutic.

“An inhaled drug like this could help someone during an acute attack of airway disease by stopping the rapid secretion of mucin and, by extension, avoiding production of thick mucus. You can’t move air through an airway that’s plugged,” Dickey said. “In asthma, COPD and CF, it’s been shown that persistent plugs drive the most serious disease. Now we have a drug that could be very important if it’s shown to work in clinical trials.”

The stapled peptide SP9 will be further refined before moving to human studies, as is typical for therapeutics at this stage of development, and may enter clinical trials in a couple of years.