Researchers at Children’s Hospital Los Angeles and the Genetic Disease Screening Program of the California Department of Public Health have characterized and reveal the impact of some of the known genetic mutations that have been identified in the CFTR gene and contribute to the development of cystic fibrosis (CF). Of the 2,007 known mutations, only 202 have been categorized as part of the CFTR2 project, leaving more than 1,800 mutations with unknown contributions to CF.

In a press release, first author of the study Danieli B. Salinas, MD, says, “It is vital to determine and identify these mutations, because if we know the specific genetic mutation that causes the disease, we can possibly correct it. If we know early, we can make a significant difference in the life of a child with CF.” The research team conducted a retrospective study that examined newborns who screened positive for CFTR mutations and who were also followed for 2 to 6 years to see if they developed CF.

Newborns who screened positive were divided into three genotype subgroups: babies with two cystic fibrosis-causing mutations, those with one unknown mutation, and those with one mutation of VCC. Salinas explains, “Our study focused on children who have one CF-causing mutation and a second of varying or unknown clinical consequences, and followed them over time to see which mutations eventually resulted in disease symptoms and those that resulted in no disease.”

The results of the study showed that newborns with two CF-causing mutations had a classical cystic fibrosis phenotype, and that a small proportion of VCC (5%) and unknown (11%) also met the diagnostic criteria for cystic fibrosis, according to a Cystic Fibrosis News Today report. The researchers found that children carrying the unknown mutations 2215insG with D836Y and T1036N had an early and classical CF phenotype. However, newborns carrying 1525-42G>A, L320V, L967S, R170H, and 296+28A>G had a benign clinical presentation, which suggests that these are non-cystic fibrosis causing mutations. 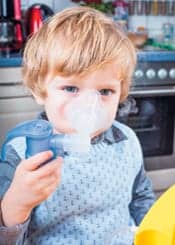