In the CRYSTAL study, patients with moderate COPD who were switched to Ultibro Breezhaler from their previous therapy (LABA+ICS or LABA or LAMA) experienced superior improvements in lung function (trough FEV1) and breathlessness at week 12. Significantly, CRYSTAL is the first LABA/LAMA pragmatic trial, designed to mimic clinical practice, so treatment switching occurred without a washout period[1].

“Today’s results are significant as they show for the first time the positive effect of directly switching to Ultibro Breezhaler from other COPD treatments, such as inhaled steroid-containing combination therapies,” said Vasant Narasimhan, Global Head Drug Development and Chief Medical Officer for Novartis. “By showing that improved symptom control can be achieved through using Ultibro Breezhaler, the CRYSTAL study provides further support to limit the use of inhaled steroid-containing therapies to specific patient types that really need it.”

Ultibro Breezhaler was also well tolerated in the CRYSTAL study, which was a prospective, multicenter, 12-week, randomized, pragmatic, open-label trial. Patients were recruited into four groups according to previous medication and symptoms, and randomized to a direct switch to Seebri Breezhaler (glycopyrronium) 50 mcg or Ultibro Breezhaler (indacaterol/glycopyrronium) 110/50 mcg once daily vs. continuation of previous treatment.

The study enrolled a total of 4,389 symptomatic, non-frequently exacerbating (up to one exacerbation in the previous year) patients with moderate COPD and 2,159 patients received Ultibro Breezhaler or continued their baseline therapy. The Seebri Breezhaler treatment arms of the study were underpowered due to sample size. 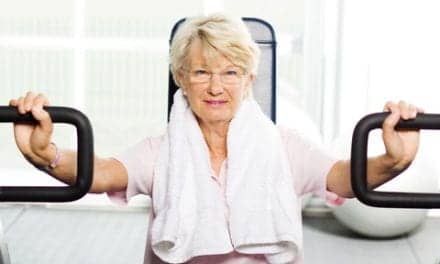