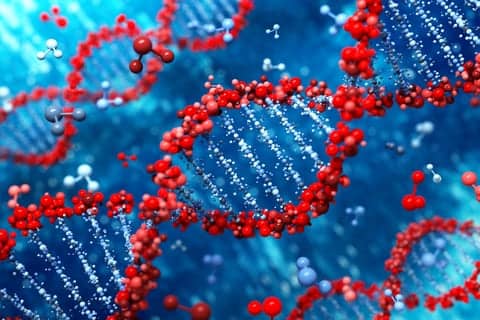 Researchers who used genetic data from UK Biobank participants identified genetic differences that affect the likelihood of whether or not a person will smoke as well as the predisposition of heavy smokers and non-smokers to suffer from poor lung health. The lead researchers studied the lung health of approximately 500,000 UK Biobank participants. A subset of 50,000 of the participants were chosen based on their lung health and whether or not they were heavy smokers or had never smoked.

“Understanding how the genes are involved in disease or in addiction to tobacco, can help us design and develop better and more targeted treatments that are likely to be more effective and have fewer side effects. UK Biobank was a bold vision when it was set up and this study shows just how much can be achieved by using the resource,” Ian Hall of The University of Nottingham states. “We hope to get much further detail when genetics information on all UK Biobank participants becomes available next year.”

The University of Nottingham news release notes that the discoveries help to explain why some people can have relatively good lung health despite smoking and why some individuals can suffer from lung conditions even if they have never smoked before. This is essentially because knowing why some people are more likely to develop lung disease or become heavy smokers is important for developing treatments for these conditions and helping smokers quit.

Martin Tobin, PhD, “Genetics play a big part, as they do in smoking behavior. Our research helps to tell us why, paving the way for improved prevention and treatment. Stopping smoking is the best way to prevent smoking-related diseases such as COPD, cancers, and heart disease.”

The researchers hope to expand the study to look at the genetics of the 500,000 participants when the data becomes available in 2016.

Source: The University of Nottingham