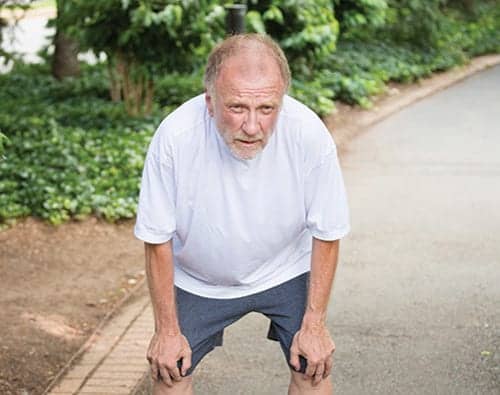 According to a recent study, physical activity declines over time in COPD patients, and the decline is also linked to worsening lung function and loss of quality of life and health status.

Researchers measured physical activity, exercise capacity (6-minute walk distance), airflow obstruction (FEV), and other factors in order to evaluate changes in physical activity in COPD patients in relation to severity and changes in other disease components. In addition, the researchers wanted to look at the longitudinal link between sustained physical inactivity and disease progression.

“Physical inactivity is associated with morbidity and mortality in COPD, but the association between objectively measured physical activity and other disease components over time has not been well studied,” says Benjamin Waschki, MD, lead author of the study. “In our prospective cohort study, we evaluated the longitudinal association between changes in physical activity and disease progression in 137 patients with COPD and 26 patients with chronic bronchitis.”

The results of the study showed that the steps per day, total daily energy expenditure, and daily physical activity level decreased by 393, 76 kcal, and 0.04 per year, respectively, independent of the severity of COPD symptoms at baseline, according to an HCP Live report. The decline in the level of physical activity was linked to an increase in airflow obstruction and an increase in the total score on the St. George’s Respiratory Questionnaire.

The authors of the study wrote that there was no significant observed association between physical inactivity and systemic inflammation over time among the patients studied, as noted on the HCP Live report. According to Waschki, “Treatment guidelines call for regular physical activity for COPD patients at all levels of severity, and our study clearly supports this recommendation. Regular exercise will improve their health and quality of life.”

Childhood Asthma Linked to Lack of Ventilation for Gas Stoves