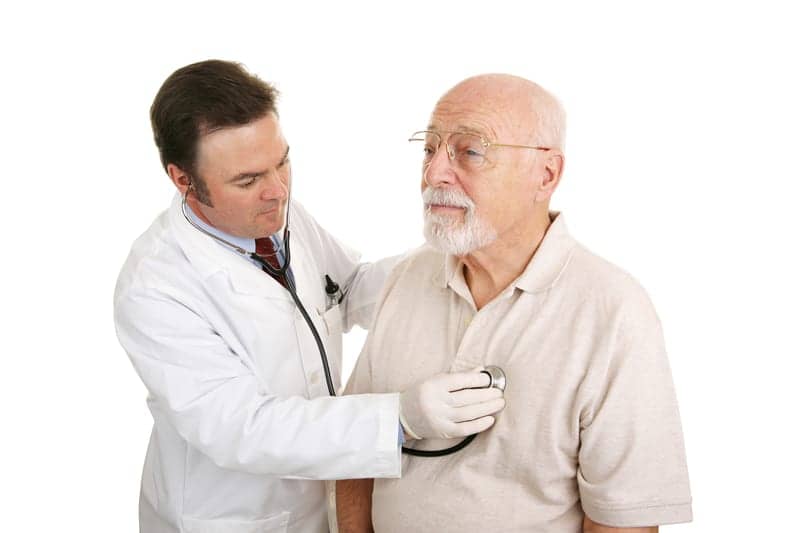 With five simple questions and an inexpensive peak expiratory flow (PEF) meter, primary care clinicians may be able to diagnose many more patients with COPD, according to new research published online in the American Thoracic Society’s American Journal of Respiratory and Critical Care Medicine. Follow-up studies will help establish if earlier identification and treatment of people with COPD improves quality of life and health outcomes.

According to the National Heart, Lung, and Blood Institute, more than 12 million Americans are diagnosed with COPD, the third leading cause of death in the country. It is estimated that another 12 million have the disease but have not been diagnosed.

“The researchers created and tested a simple tool that may help practitioners improve care by finding people who have COPD but didn’t know it,” said Dr. James Kiley, director of the Division of Lung Diseases at NHLBI. “The hope is that by finding individuals with COPD at an earlier stage of illness, we might be able to offer them treatments which can improve their disease. NHLBI’s support of the research that led to this tool exemplifies the ongoing commitment of NHLBI to COPD research.”

In “A New Approach for Identifying Patients with Undiagnosed Chronic Obstructive Pulmonary Disease,” lead author Fernando J. Martinez, MD, MS, chief of the Division of Pulmonary and Critical Care Medicine at Weill Cornell Medical College, and colleagues report results of a novel method they developed. It is intended for use in a primary care setting to help identify “patients with COPD of a severity significant enough to justify therapy with currently available agents.”

In the first step, patients complete a COPD Assessment in Primary Care To Identify Undiagnosed Respiratory Disease and Exacerbation Risk (CAPTURE). Written at a sixth-grade level, these five questions assess smoke and pollution exposure, breathing problems, how easily the patient tires and number of acute respiratory illnesses. Those whose answers indicate they are at high risk for COPD symptoms and/or exacerbations are referred directly for definitive diagnostic tests. Those whose answers indicate minimal risk symptoms and/or exacerbations need no further testing. Patients whose answers put them in the middle range for risk perform a simple PEF test during their visit. Men who exhale less than 350 liters/minute and women who exhale less than 250 liters/minute are referred for definitive testing.

In their case-control study of 346 men and women (average age 63), researchers found that 52% of subjects required PEF to determine if further diagnostic testing was required. The authors report that the questionnaire plus PEF had a high rate of sensitivity (89.7 percent) and specificity (78.1 percent) for cases versus controls, including those with mild COPD. The sensitivity was similar, but the specificity rose to 93.1 percent when cases were compared to non-COPD controls.

Dr. Martinez attributes the promising results of this initial study to input from both patients and primary care collaborators from the beginning of the development process. “Primary care clinicians were emphatic: it could not be a long and complicated questionnaire, and we could not include complex pulmonary function testing upfront,” he said.

From 44 possible questions, patients who were living with COPD, recently diagnosed, or considered at risk for developing the disease helped researchers select the five best questions and provided key insights into their wording. The five final questions are:

“We as clinicians did not expect some of the questions to be included, but they resonated with patients,” Dr. Martinez said, noting in particular the second and fourth questions. Dr. Martinez added that the first question, one of many included to assess inhalational exposures, did not directly ask about smoking history, and was “less pejorative and identified potentially more exposures.”

The authors emphasize the approach is case-finding, rather than diagnostic or screening, and before CAPTURE plus PEF can be recommended widely, it must be validated in a large prospective study across a broad range of primary care settings. They have proposed such a study that includes approximately 5,000 patients across 75 primary care sites to determine if CAPTURE improves COPD diagnosis, facilitates primary clinician experience and, most importantly, improves COPD careand the quality of life for patients.