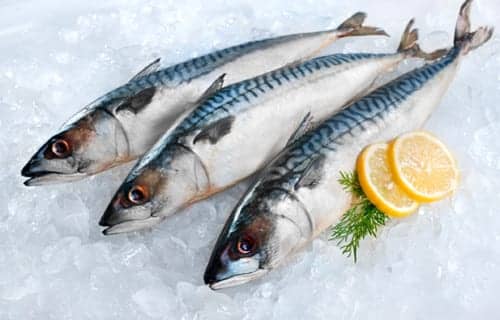 A new study has shown a direct link between eating fish, fruit and dairy products and improved lung function among patients with COPD, according to a team of researchers in the US and Europe.

The study, which was presented at the ATS 2014 International Conference, specifically looked at COPD patients’ lung function within 24 hours of eating grapefruit, bananas, fish and cheese.

Researchers used data from the Evaluation of COPD Longitudinally to Identify Predictive Surrogate Endpoints study (ECLIPSE). ECLIPSE was designed to help determine how COPD progresses and to identify biomarkers associated with the disease. Limited diet records were available for 2,167 ECLIPSE participants who provided dietary intake information at eight time points over a three-year period. Each participant reported the amount of a specific food they had consumed during the previous 24 hours.

“Diet is a potentially modifiable risk factor in the development and progression of many diseases, and there is evidence that diet plays a role in both the development and clinical features of COPD,” said lead author Corinne Hanson, PhD. “This study demonstrates the nearly immediate effects a healthy diet can have on lung function in in a large and well-characterized population of COPD patients. It also demonstrates the potential need for dietary and nutritional counseling in patients who have COPD.”

Based on these results and the results of other studies indicating a link between COPD and diet, the role of diet as a possible modifiable risk factor in COPD warrants continued investigation, she added.