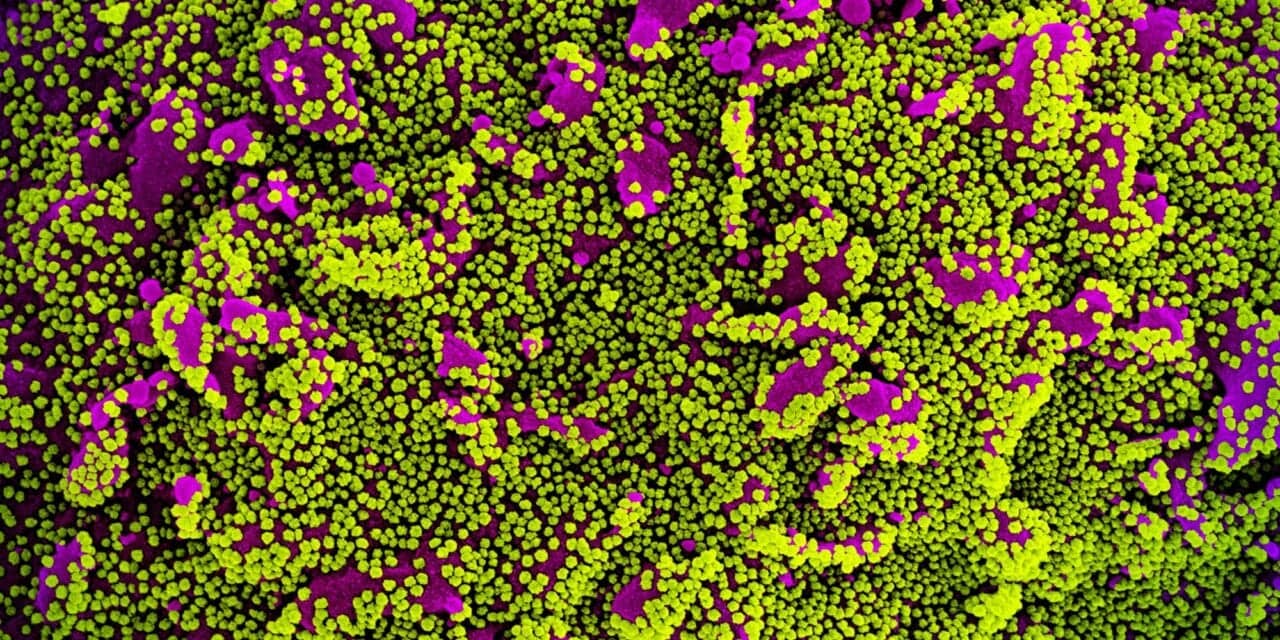 COPD airway cells had a 24-fold greater infection with SARS-CoV-2 than healthy cells, according to a study published in the American Journal of Respiratory and Critical Care Medicine.

In the study, researchers from the Centenary Institute and the University of Technology Sydney infected differentiated airway cells from COPD patients and healthy people with SARS-CoV-2. “Seven days after SARS-CoV-2 infection, there was a 24-fold increase of viral load in the COPD patient airway cells compared to the cells taken from healthy individuals,” said lead author of the study, Dr Matt Johansen, from the Centenary UTS Centre for Inflammation.

Significantly, the team found that the infected COPD cells had increased levels of transmembrane protease serine 2 (TMPRSS2) and cathepsin B (CTSB). Both are enzymes that SARS-CoV-2 uses to enter into the host cell.

Other results from the study showed additional reasons for COPD patient susceptibility to severe COVID-19.

Key anti-viral proteins (interferons) that protect against infection were largely blunted in the COPD patient airway cells. This was a likely trigger in causing increased viral production in COPD patients.

“COPD is an inflammatory disease with patients having increased inflammation at baseline compared to healthy people. It’s highly likely that SARS-CoV-2 exacerbates this existing high inflammation level which leads to even poorer outcomes,” he said.

“Collectively, these findings have allowed us to understand the mechanisms of increased COVID-19 susceptibility in COPD patients,” said Professor Phil Hansbro, the study’s senior author and Director of the Centenary UTS Centre for Inflammation.

“We believe that new drug treatments targeting relevant enzymes and pro-inflammatory responses in SARS-CoV-2 infection could have excellent therapeutic potential in reducing the severity of COVID-19 in patients with COPD.”

Professor Hansbro said the research was critical with hundreds of millions of people affected by COPD globally and with COVID-19 likely to be around for many years to come.