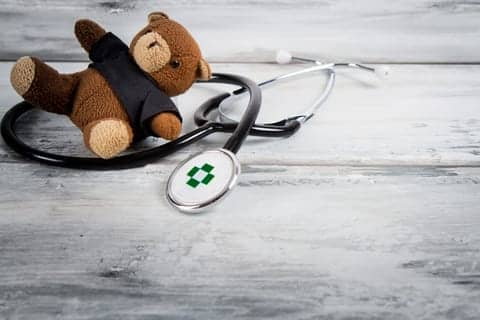 A study completed at Boston Children’s Hospital reveals that children with pneumonia have an increased risk of developed COPD and decreased lung-function. According to HCP Live, the research team began with the hypothesis “that childhood pneumonia is a risk factor for reduced lung function and COPD in adult smokers.” The researchers used the COPD Gene Study, which is a multicenter, observational study.

A total of 10,192 current and former smokers from the United States were evaluated. The participants were between 45 and 80 years of age, and individuals who had a history of lug disease other than COPD were excluded. The participants completed a questionnaire, underwent a standard spirometry test, and had both inspiratory and expiratory chest CT scans. The questionnaire included questions about childhood asthma and pneumonia.

The research team categorized those participants who reported having pneumonia at an age younger than 16 as having childhood pneumonia, which was the age selected because that was when most of the participants started smoking.

Of the 10,156 participants considered, 8.4% reported having had pediatric pneumonia. Among the participants with childhood pneumonia, 405 had COPD and 282 had normal spirometry. The HCP Live news report notes that the statistical analysis showed “In adult smokers, a history of childhood pneumonia was associated with COPD and reduced lung function, with the greatest association in the subset of subjects with both pneumonia and asthma in childhood.”

In addition, the participants with childhood pneumonia also faced a higher risk of chronic bronchitis, more frequent and severe COPD exacerbations, and a worse disease-related quality of life, according to HCP Live.