Thunderstorm Asthma on the Rise 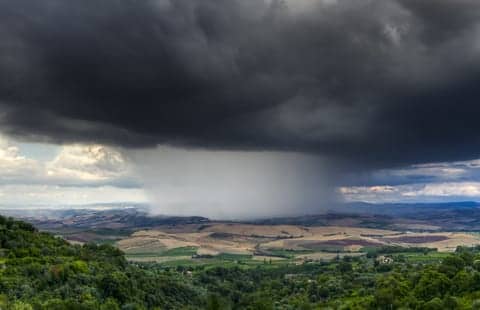 Why is thunderstorm asthma on the rise and what should clinicians know about it?

Recently in the Journal of Allergy and Clinical Immunology, Dr Gennaro D’Amato and colleagues explored the nature of this phenomenon and implications for the future. The authors point out that although rare, these events are expected to occur more often with anticipated climate change. According to the authors, the evidence for this so far is limited to pollen and outdoor mold seasons—but even in the northeastern United States, that is about three quarters of the year.

The first reported case of thunderstorm asthma was in the United Kingdom in 1983. Since then it has happened in Australia, Canada, the United Kingdom (Alternaria species), the United States, and Italy (olive and Parietaria pollens). Evidence for the role of the Parietaria pollen in the outbreak in Naples, Italy, was supported by high levels of the pollen grains as opposed to low levels of measured particulates and pollutants, including ozone and nitric oxide.