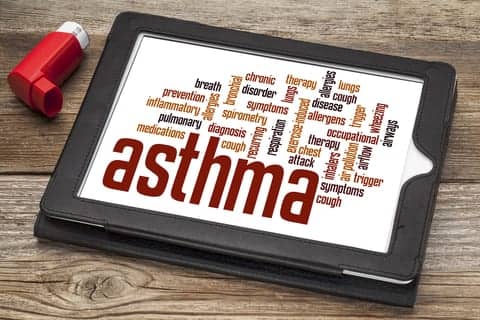 In the United States, there are persistent racial disparities in asthma prevalence, morbidity and mortality. These disparities can largely be explained by looking at socioeconomic and environmental factors, such as access to healthcare, a nationwide analysis shows.

The findings highlight the potential of targeted interventions, such as mobile asthma clinic programs and joint programs with schools where asthma prevalence is high. Asthma is a leading cause of school absence.

The analysis was published Jan. 9 in the Journal of Allergy and Clinical Immunology.

Public health researchers have observed that African Americans have a substantially higher rate of emergency hospital visits for asthma and a higher rate of asthma-related death, compared with Caucasians.

“It isn’t clear why asthma outcomes are worse in African American patients. The findings from our study suggest that poorer asthma outcomes are not genetic or biological in nature, but are instead due to a number of socioeconomic and environmental factors that impact asthma care,” says Anne Fitzpatrick, PhD. “These factors can be modified and improved with the right interventions.”

Fitzpatrick is associate professor of pediatrics and director of the Asthma Clinical Research Program in the Department of Pediatrics at Emory University School of Medicine.

For each participant, investigators took participants’ medical histories, surveyed them about how they manage their asthma, and measured their lung function and other asthma biomarkers to gauge the severity of their asthma. Blood samples were also taken to look for sensitization to various allergens.

African American patients were more than twice as likely to visit the emergency department for asthma, the SARP data showed. When the statistics were weighted — based on community and family socioeconomic factors and environmental exposure – the racial differences evened out.

What remained after the statistical weighting was that African American patients were 43 percent less likely to see a doctor in an outpatient setting for asthma.

When seeking to address asthma disparities, access to healthcare is one of the most important factors to consider, Fitzpatrick says. It can be difficult to schedule preventive medical services, and asthma medications can be quite expensive, even with adequate insurance coverage.

Allergenic housing conditions are another concern, she says. Asthma medications won’t work well if triggers of asthma, such as dust mites and mold, aren’t eliminated from the home.

Types of intervention that can make a difference are mobile asthma programs, often in coordination with schools, and employer-endorsed health initiatives that incentivize wellness and preventive care. A local example: the Ronald McDonald Care Mobile, launched in 2016 and now serving 11 elementary and middle schools in Atlanta public schools. 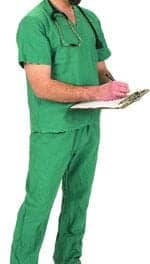