Overweight Children with Asthma May Use Rescue Meds Unnecessarily 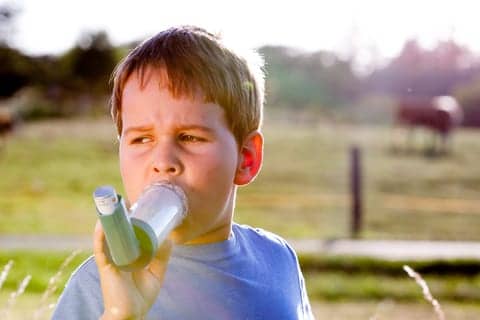 A study published in the Journal of Allergy and Clinical Immunology reveals that overweight and obese children with asthma may mistake symptoms, such as exertional dyspnea, for loss of asthma control, which can lead to the unnecessary use of rescue medications.

The association between symptoms and weight status were evaluated. The research team found that lung function was similar for lean children as well as those who were overweight and obese. In addition, the latter group reported more frequent rescue treatments despite lower fraction of exhaled nitric oxide and reduced methacholine responsiveness. A news release from Physician’s Briefing notes that the primary symptoms reported with loss of asthma control varied with weight status.

The authors of the study write, “Overweight/obese children with early-onset asthma display poorer asthma control and a distinct pattern of symptoms. Overweight children with asthma may falsely attribute exertional dyspnea and esophageal reflux to asthma, leading to excess rescue medication use.”