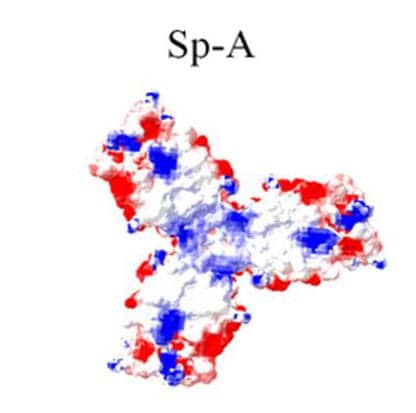 A University of Arizona researcher and a clinician team have discovered that genetic mutations in an asthma-linked protein can affect one’s susceptibility to lung diseases.

SP-A is one of four proteins that, along with lipids (fats), make up surfactant, a complex, naturally occurring substance that is produced in the lungs. Fetuses begin making surfactant while still in the womb, in preparation for breathing air. Surfactant reduces the surface tension of fluid in the lungs and helps make the small air sacs in the lungs more stable, keeping them from collapsing when an individual exhales. Babies who are born very prematurely often lack adequate surfactant and must receive surfactant-replacement therapy immediately after birth in order to breathe.

Scientists now know that SP-A protein also aids in the clearance of disease-causing microorganisms in the lungs. SP-A binds with these pathogens and helps cells called phagocytes move them from the airways.

During her postdoctoral studies, Julie Ledford and colleagues found that SP-A binds to two important immune cells found in asthmatics: eosinophils and mast cells. Both of these cell types contain factors that, when released, are thought to worsen lung function, particularly in asthma where these cells are a prominent aspect of the inflammatory response. When SP-A binds to these cells, it inhibits the cells’ release of these factors, thus providing protection in the lung.

“One of the things we are researching is why some people with dysfunctional SP-A have acute responses when infected with pulmonary pathogens, while others end up suffering from chronic diseases, such as asthma,” Ledford said.

To test this, Ledford and Dr Monica Kraft are pioneering a new method of studying SP-A using genetics as their guide. They examined how specific gene variations of SP-A affect lung function and the ability to fight off a common pathogen, Mycoplasma pneumoniae.

View the full story at www.arizona.edu