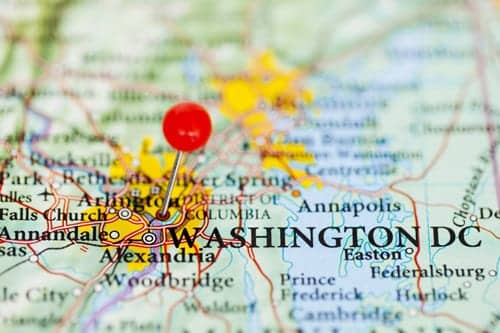 Pediatric severe obstructive sleep apnea (OSA) in the Washington, DC metropolitan area is most common among inner city African-American children from low income families, according to a new study presented at the 2017 American Thoracic Society International Conference.  The researchers also found that these children were most likely to have a delayed diagnosis.

“Earlier studies have shown that OSA is more prevalent among inner city children,” said lead author Sasikumar Kilaikode Cheruveettara, MD, from Children’s National Health System, Washington DC.  “We wanted to see if this was the case in Washington, DC, as we have a large inner city minority population.  We also wanted to address the lack of data on the characteristics of severe OSA in inner city children and adolescents.”

OSA, which interferes with one’s ability to function, and can cause other serious health consequences, is a surprisingly common pediatric condition, affecting 3% of American children.

Dr. Kilaikode Cheruveettara and colleagues looked retrospectively at the medical records of 150* severe OSA patients who were seen in the health system’s Pediatric Sleep Center.  Severe OSA was defined as having 10 or more events per hour in which the patient stops breathing, as measured in an initial sleep study.  Among these patients, the researchers looked at demographic variables, including where they live, their race/ethnicity and their socioeconomic status.

The vast majority of severe OSA patients were identified as being African American.  African-American children had a two-year median duration of symptoms before being diagnosed – double that of white children. The regions with the most severe cases of OSA were also those with the largest proportion of low income and minority children:  Prince George County, Maryland, and neighborhoods of Washington, DC that have the highest poverty levels.

“We have demonstrated that there is a critical need to focus care, resources and education to identify and treat pediatric OSA in minority communities of inner city areas,” said Dr. Kilaikode Cheruveettara.  “These children may be at the highest risk for severe OSA due to premature birth, and a high prevalence of asthma and allergies.  Lack of awareness at the family level delays reporting of symptoms and ultimately leads to delayed diagnosis.”

He added:  “Our future directions include identifying barriers to timely diagnosis and early referral.  We envision area-focused education and awareness for observing and reporting symptoms of OSA in children.  Our future plans also include providing awareness at the primary health provider level and reinforcing mandatory screening for symptoms of OSA during well child visits.  In addition, we plan to develop school and community based education initiatives.”

* Data analysis is being done with an additional 100 patients.