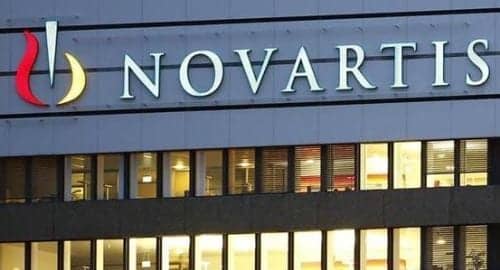 After Novartis failed in an attempt to repurpose canakinumab for metastatic non-small cell lung cancer (NSCLC), the Swiss company said it supported continued exploration of the medication in earlier stages of the disease.

Now, the company has unveiled those data and hopes to prove it’s not a headstrong drug developer that refuses to cut its losses.

Ilaris, or canakinumab, showed benefit “in the right direction” when added to Merck & Co.’s Keytruda and chemotherapy in previously untreated metastatic NSCLC, Jeff Legos, Ph.D., Novartis’ global head of oncology and hematology development, said in an interview with Fierce Pharma.

In newly diagnosed metastatic NSCLC patients, the addition of canakinumab cut the risk of death by 13% and the risk of disease progression or death by 17%. Neither of those improvements was statistically significant. The data, from the phase 3 CANOPY-1 trial, were presented at the American Association for Cancer Research annual meeting.

Still, Legos pointed to several encouraging signs, suggesting canakinumab monotherapy might eventually triumph as an adjuvant treatment that’s given after surgery and chemo in early-stage NSCLC. In that setting, the drug is being tested in the ongoing CANOPY-A study.