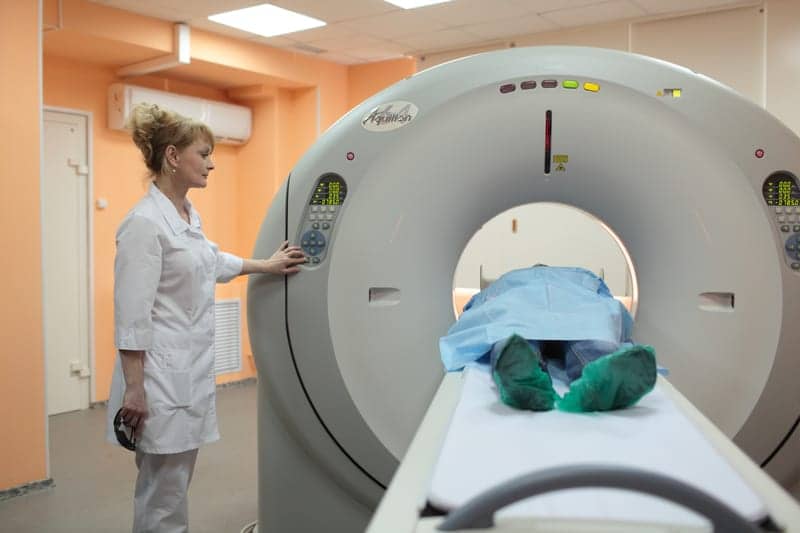 A new study suggests most high-risk lung cancer patients might not need annual low-dose computed tomography (LDCT) screenings if they are cleared of disease in their initial test.

The researchers found that even former heavy smokers appear to have a reduced incidence of lung cancer if their initial LDCT screening is negative, suggesting that less frequent screening might be warranted.

“This has significant public policy implications,” said Edward F. Patz, Jr, MD, the James and Alice Chen Professor of Radiology at Duke and lead author of a study published online March 21 in The Lancet Oncology journal. “Not screening patients annually could save millions in health care costs and spare patients the radiation exposure and the downstream effects of false positive screenings.”

Patz and colleagues analyzed data from the National Lung Screening Trial, a large prospective study that randomly assigned former smokers to either receive three annual low-dose CT scans or three chest radiographs for the early detection of lung cancer. Patients were ages 55-74 who had smoked for the equivalent of 30 years (one pack a day for 30 years, two packs a day for 15 years, etc.).

The researchers identified study participants in the CT-scan group whose initial screening was negative. They then compared those patients to other CT-scan recipients whose screenings detected an abnormality to assess any differences in lung cancer incidence and lung cancer-specific deaths.