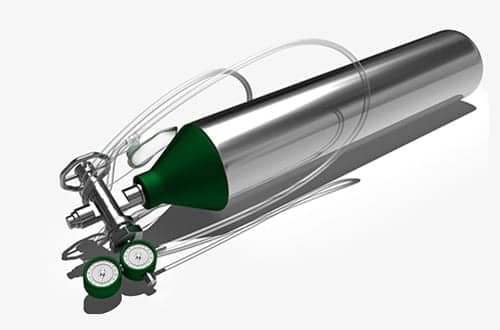 Carbon monoxide, while potentially toxic to humans, may have a number of therapeutic applications in modern healthcare, including respiratory care.

Carbon monoxide (CO), a colorless, odorless, tasteless gas that is highly toxic and often dubbed “the silent killer,” may have therapeutic potential in modern healthcare. The administration of carbon monoxide has been shown to have beneficial effects in the treatment of an array of medical conditions such as cancer, sepsis, lung injury, inflammation, cardiovascular diseases, and transplantation.1

The paradoxical theory that carbon monoxide could be used to prevent the onset of certain inflammatory conditions was first proposed in 1998.2 Since then, a number have studies have shown that when carbon monoxide is administered at low, non-toxic concentrations prior to procedures such as organ transplant surgery or balloon angioplasty, it can provide potent protective effects against organ rejection or blockage of the carotid arteries.2 The use of this gas as a therapeutic agent has been tested in human clinical trials, and pre-clinically its administration has proven beneficial in animal models of various human diseases as well.3

“The use of inhaled carbon monoxide clinically is currently in the research stages. There has been a significant amount of research that has been done in animal models, and human clinical research is in its early stages,” according to Paul Nuccio, MS, RRT, FAARC, director of pulmonary services, Brigham and Women’s Hospital & Dana-Farber Cancer Institute (Boston). “There are a number of areas of medicine that are being explored for the use of inhaled carbon monoxide.”

The inhalation of carbon monoxide has been shown to reduce the inflammation associated with allergen-induced asthma in mice, to protect against orthotopic lung transplantation and lung injury caused by oxidants, and to reverse established pulmonary hypertension.2 Carbon monoxide is also effective against ischemic lung injury.2

The findings of a 2006 study of carbon monoxide conducted by researchers at Beth Israel Deaconess Medical Center (BIDMC) and the University of Pittsburgh showed that carbon monoxide was effective in treating the symptoms of pulmonary arterial hypertension (PAH).2 “Our results offer the exciting possibility that in extremely low concentrations and for brief intermittent exposures of one hour per day, carbon monoxide gas might be effectively used as a therapy to treat PAH in a clinical setting,” senior author Leo Otterbein, PhD, an investigator in the Transplantation Center at BIDMC and Associate Professor of Surgery at Harvard Medical School, said via a press release.

The anti-inflammatory action of carbon monoxide has been shown in several animal models, which may suggest a potential therapeutic application for inflammatory diseases such as sepsis and multiple sclerosis.2 In addition, although the effects of carbon monoxide on lung diseases has been shown to have both advantages and disadvantages, lung protection by induction or gene transfer of HO-1 and carbon monoxide has been demonstrated in vitro and in vivo in several models of experimental acute lung injury and sepsis.2 For example, in rodent models of established pulmonary arterial hypertension, carbon monoxide inhalation restored thickened pulmonary arteries and the right heart to normal size and pressure.2

The aforementioned administration of carbon monoxide via inhalation is also suggested as a therapeutic target in the treatment of vascular diseases. In addition, this therapy may be valuable in the treatment of acute respiratory distress syndrome (ARDS). Nuccio explained, “Currently the results of a Phase I trial are being evaluated to assess the safety of administering low-dose carbon monoxide to patients with sepsis-induced ARDS.”

The Future for Inhaled CO Therapy

According to Nuccio, other disease models being considered for inhaled CO therapy include: stroke, acute hepatic injury, atherosclerosis, bronchoconstriction, obliterative bronchiolitis, lymphocyte function, acute hepatic injury, ventilator-induced lung injury, neurotransmission, and diabetic vascular injury. The uses and applications of this gas in healthcare are still emerging, but a potential area of medicine where carbon monoxide may be beneficial is respiratory therapy.

In the future, Nuccio envisions a time where respiratory therapists will be able to administer carbon monoxide to patients receiving mechanical ventilation in intensive care units, which has been performed during recent safety trials. “The idea that respiratory therapists can and will be the individual who will ultimately administer this gas is very exciting to me. Imagine being able to administer a gas that has always been known because of its toxicity and fatal side effects may soon be used to help treat acutely ill patients is quite amazing,” Nuccio said.

Overall, carbon monoxide should be considered as a “Janus molecule” that shows both toxic and beneficial effects.2 “I believe that once we know that this therapy is safe for patients and those administering it, we can then work on evaluating dosing strategies,” Nuccio said. “The stage will then be set for some exciting trials to see how well, if at all, some of the positive results that have been observed with various animal models can be translated to the human.”

Otterbein, whose research pointed to inhaled CO’s potential role in treating pulmonary arterial hypertension, was equally optimistic. “Our hope is that carbon monoxide will find a place in the clinic as a therapeutic option for the treatment of disease,” he said via press release. “Carbon monoxide has been around since before life began on earth and, in fact, it is thought to have contributed to the origin of life. Perhaps this was a sign of its necessary role in biology.”1 RT 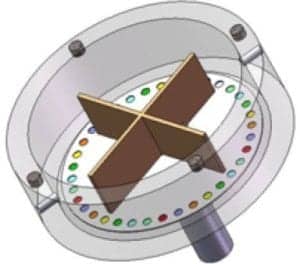