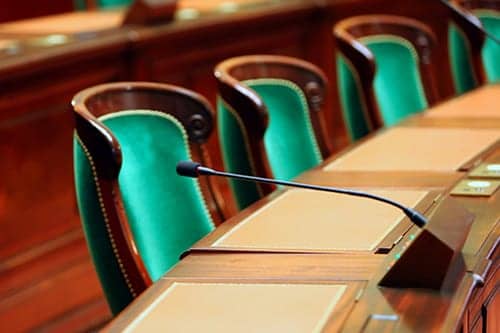 According to multiple media reports, the latest Republican-led bill to repeal and replace the Affordable Care Act lacks enough votes to pass after Senator John McCain announced his opposition to the legislation. 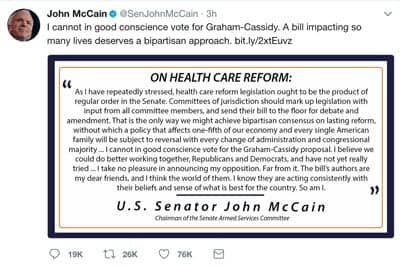 Sen. McCain revealed on Twitter that he favored a bipartisan approach to healthcare reform, rather than the party-line split expected to pass the bill proposed by Senators Lindsey Graham and Bill Cassidy.

McCain’s surprise Friday afternoon announcement, coupled with statements of opposition by Sen. Rand Paul, R-Ky., means Republicans can’t lose another vote as only two Republicans can defect in order for the legislation to pass. All eyes now turn to GOP Sens. Lisa Murkowski of Alaska and Susan Collins of Maine, both of whom recently voted against the so-called “skinny repeal” bill and say they are undecided on the latest measure.