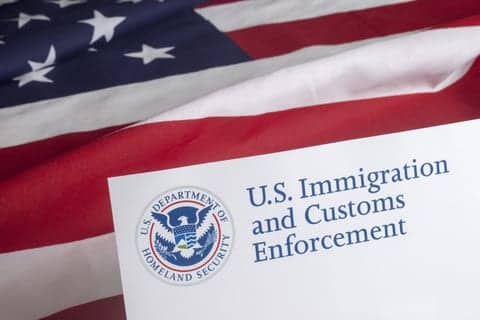 Immigrants in the US who are afraid of deportation by Immigration and Customs Enforcement (ICE) are avoiding hospitals and medical centers, according to Stat News.

Medical centers have traditionally been considered “sensitive locations,” like schools and places of worship, where federal agents usually would not enter. But individual immigrants are still scared to go to the doctor.

“There’s just a lot of fear that ICE would raid our facility,” said Alex Armstrong, CEO of Alliance Medical Center, a community health center with a large Hispanic population north of Santa Rosa, Calif. He said that twice as many patients as normal canceled their appointments last week, some saying they were afraid of immigration officials. One man, who is a US citizen, missed an oncology appointment because his caretaker wouldn’t drive him, fearful of being stopped.

In Brooklyn, NY, rumors circulated last week that Immigration and Customs Enforcement agents were prowling the halls of the Kings County Hospital; while the rumors were false, a hospital spokesperson said that patients canceled appointments because of it.

Evidence that undocumented immigrants are avoiding clinics or hospitals because of the new guidelines is only anecdotal. But researchers have previously found that tightening of immigration policies have resulted in at least some increased fear in immigrant communities, with residents reluctant to leave their homes, go to the doctor, or take other actions they think might put themselves at risk.