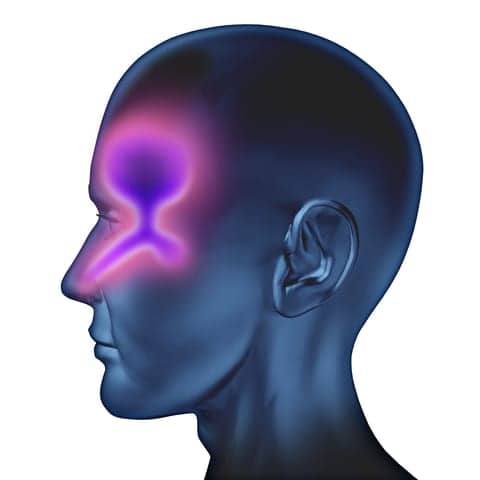 Use of the medication dupilumab resulted in improvement of nasal polyps in patients with chronic sinusitis and nasal polyposis not responsive to intranasal corticosteroids alone, according to a study in the February 2 issue of JAMA.

Chronic sinusitis, an inflammatory condition of the sinuses, is common with estimates of prevalence as high as 12% in Western populations. Based on endoscopic findings, the condition can be divided into chronic sinusitis with or without nasal polyposis. Nasal polyps originate in the sinuses and obstruct the sinus and nasal passages. Dupilumab has demonstrated clinical efficacy for asthma and atopic dermatitis, and has also improved sino-nasal symptoms in patients with asthma.

Claus Bachert, MD, PhD, of Ghent University Hospital (Belgium), and colleagues randomly assigned 60 adults with chronic sinusitis and nasal polyposis not responsive to intranasal corticosteroids to dupilumab (by injection, n = 30) or placebo (n = 30) plus mometasone furoate nasal spray for 16 weeks. The study was conducted at 13 sites in the United States and Europe. The primary measured outcome was change in endoscopic nasal polyp score (based on polyp size).

Among the 60 patients who were randomized, 51 completed the study. The researchers found that dupilumab treatment was associated with significant improvements in endoscopic, clinical, radiographic, and pharmacodynamic end points after 16 weeks. Significant improvements in quality of life and in major symptoms, such as subjective sense of smell, nasal obstruction or congestion, and nocturnal awakenings, were reported.

Dupilumab was generally well tolerated, and no serious adverse events were considered to be related to dupilumab.

“Further studies are needed to assess longer treatment duration, larger samples, and direct comparison with other medications,” the authors write.