It is well known that chronic drinking is associated with an increased incidence and severity of respiratory infections.

Previous research had demonstrated that an increase in disease severity to influenza virus (IAV) infections was due, in part, to a failure to mount a robust IAV-specific CD8 T cell response, along with a specific impairment in the ability of these T cells to produce interferon ? (IFN?).

“Chronic drinking can decrease the number of the CD8 T cells available to defend against the infection, and this decrease in CD8 T cells is more severe the longer the length of alcohol exposure, as well as limit the ability of the remaining CD8 T cells to use one of their anti-viral tools,” researchers said. “In this manner, chronic alcohol attacks the CD8 T cell immune response on two separate levels: limiting the number of cells that can fight the infection, and limiting the ability of the remaining cells to fight.” 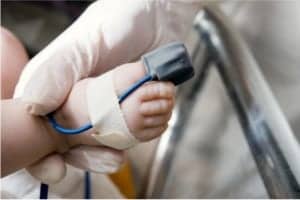 Iowa to Screen All Newborns for Congenital Heart Defects