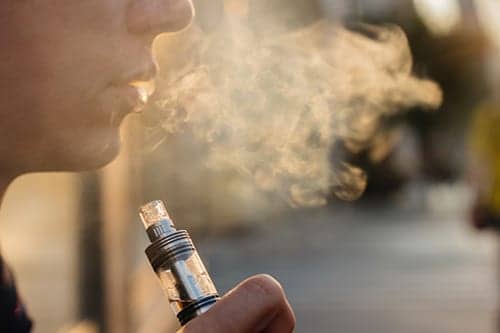 Every year on May 31, people and organizations mark World No Tobacco Day by highlighting the health and other risks associated with tobacco use and advocating for effective policies to reduce tobacco consumption.

This year the Forum of International Respiratory Societies (FIRS) has released a new position paper on electronic cigarettes and youth. More than 450,000 American middle school students used e-cigarettes in 2016, four times the number of reported users the previous year.

Contrary to industry claims, electronic cigarette aerosols are not simply “harmless water vapor” as some have claimed.  Just as decades passed before the health consequences of cigarettes were known, many years may be needed to determine the magnitude of the health burden of e-cigarettes.

Based on this information, the Forum of International Respiratory Societies recommends: