On Wednesday, President Donald Trump called for federal action to ban the sale of flavored vaping products amid a national outbreak of vaping-related lung illnesses, including six deaths. Trump called for the ban as a way to curb youth vaping.
“It’s causing a lot of problems and we’re going to have to do something about it,” Trump said at the White House, USA Today reports. “There have been deaths and there have been a lot of other problems.”

“The Trump Administration is making it clear that we intend to clear the market of flavored e-cigarettes to reverse the deeply concerning epidemic of youth e-cigarette use that is impacting children, families, schools and communities,” Health and Human Services Secretary Alex Azar said in the statement. “We will not stand idly by as these products become an on-ramp to combustible cigarettes or nicotine addiction for a generation of youth.”

Following a rule which became effective August 8, 2016, all electronic nicotine delivery system (ENDS) products were expected to file premarket tobacco product applications with the FDA within two years. ENDS products currently on the market are not being legally marketed and are subject to government action. The compliance policy the FDA anticipates announcing in the coming weeks will outline enforcement policy addressing non-tobacco-flavored e-cigarette products that lack premarket authorization moving forward. 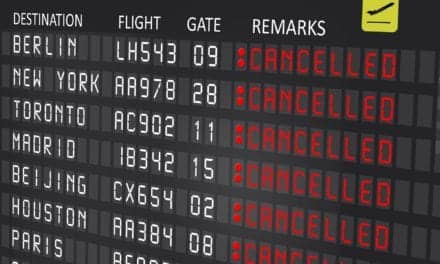 US Halts Travel From Europe as Coronavirus Deaths Hit *39*