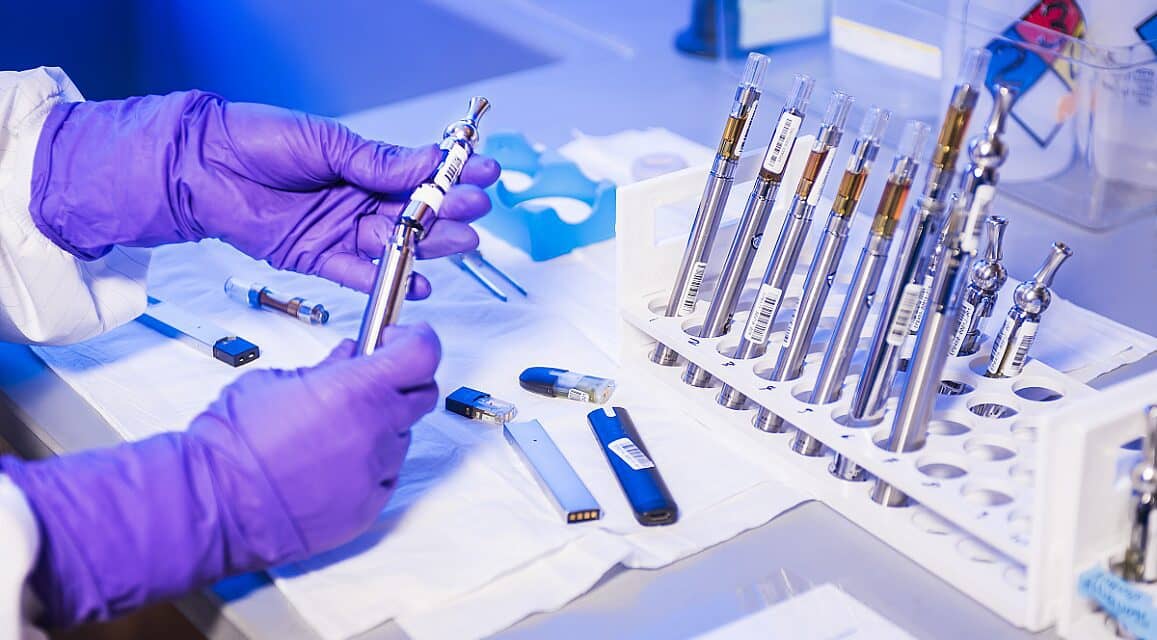 Long-term vaping and e-cigarette use can significantly impair the function of the body’s blood vessels, increasing the risk for cardiovascular disease, according to a study published in Arteriosclerosis, Thrombosis, and Vascular Biology.

A second study published in the same journal additionally found that use of both e-cigarettes and regular cigarettes may cause an even greater risk than the use of either of these products alone.

The findings add to growing evidence that long-term vaping can harm a person’s health. Researchers have known for years that tobacco smoking can cause damage to blood vessels. However, the effects of e-cigarettes on cardiovascular health have been poorly understood. The two new studies – one on humans, the other on rats – aimed to change that.

“In our human study, we found that chronic e-cigarettes users had impaired blood vessel function, which may put them at increased risk for heart disease,” said Matthew L. Springer, Ph.D., a professor of medicine in the Division of Cardiology at the University of California in San Francisco, and leader of both studies. “It indicates that chronic users of e-cigarettes may experience a risk of vascular disease similar to that of chronic smokers.”

They then exposed each of the blood samples to cultured human blood vessel (endothelial) cells in the laboratory and measured the release of nitric oxide, a chemical marker used to evaluate proper functioning of endothelial cells. They also tested cell permeability, the ability of molecules to pass through a layer of cells to the other side. Too much permeability makes vessels leaky, which impairs function and increases the risk for cardiovascular disease.

“These findings suggest that using the two products together, as many people do, could increase their health risks compared to using them individually,” Springer said.  “We had not expected to see that.”

Using special arterial flow measurements, the researchers demonstrated that blood vessel damage does not appear to be caused by a specific component of cigarette smoke or e-cigarette vapor. Instead, they said, it appears to be caused by airway irritation that triggers biological signals in the vagus nerve that somehow leads to blood vessel damage, possibly through an inflammatory process. The vagus is a long nerve extending from the brain that connects the airway to the rest of the nervous system and plays a key role in heart rate, breathing, and other functions. The researchers showed that detaching the nerve in rats prevented blood vessel damage caused by tobacco smoke, demonstrating its key role in this process.

“We were surprised to find that there was not a single component that you could remove to stop the damaging effect of smoke or vapors on the blood vessels,” Springer said. “As long as there’s an irritant in the airway, blood vessel function may be impaired.”

The finding has implications for efforts to regulate tobacco products and e-cigarettes, as it underscores how difficult it is to pinpoint any one ingredient in them that is responsible for blood vessel damage. “What I like to tell people is this: Just breathe clean air and avoid using these products,” Springer said.

Lisa Postow, Ph.D., an NHLBI program officer in NHLBI’s Division of Lung Diseases, agreed that the study results “provide further evidence that exposure to e-cigarettes could lead to harmful cardiovascular health effects.” She added that more data is needed to fully understand the health effects of e-cigarettes. The NIH and others are continuing to explore this area.