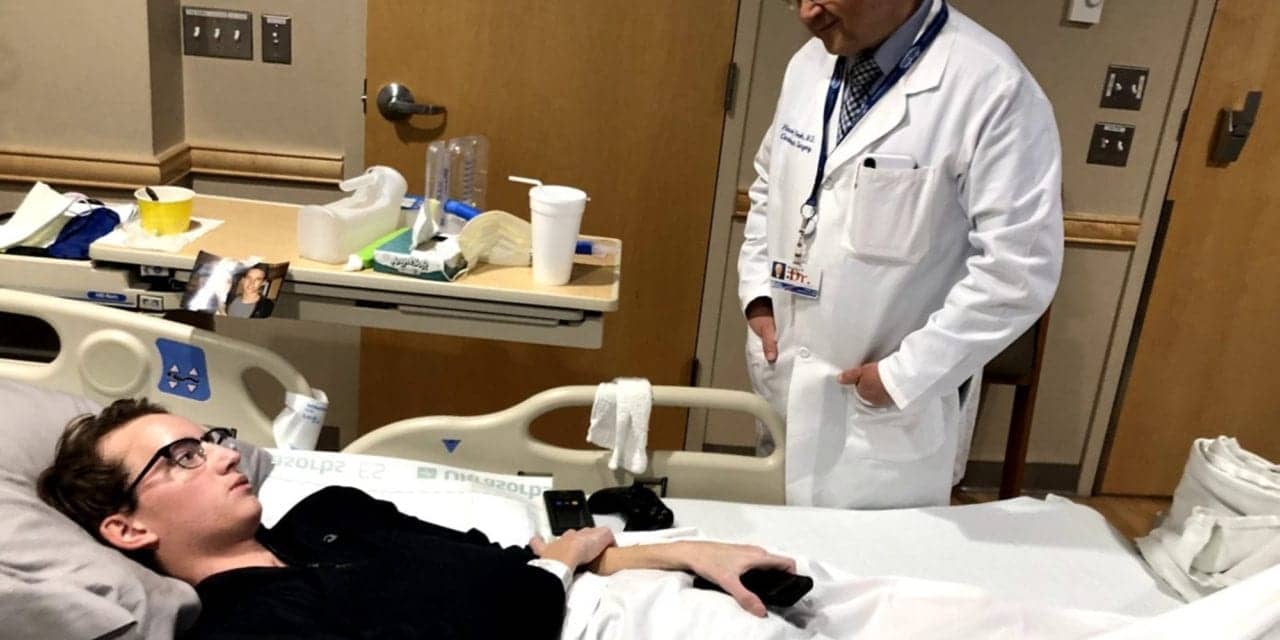 A 17-year old who had a double lung transplant in October after being diagnosed with EVALI (vaping-associated lung illness) is now recovered and sharing his story to help others, including other teens, stop vaping.

Daniel Ament, then 16, presented at Ascension St. John Hospital in Detroit on Sept 5, 2019 with pneumonia-like symptoms. His condition quickly deteriorated and he was transferred to the Children’s Hospital of Michigan on Sept 17, where he was hooked up to an ECMO device to keep him alive.

“At that point, he was so sick that he wouldn’t live without a lung transplant,” said Dr Lisa Allenspach, a pulmonologist and the medical director at Henry Ford’s Lung Transplant Program, which approved Daniel as a candidate for a lung transplant. “It was his only hope.”

A week after being placed on the organ transplant waiting list he underwent a successful, six-hour transplant at Henry Ford Hospital in Detroit on Oct 15 and was discharged in mid-November.

Today, Daniel is committed to sharing his story publicly and launching www.Fight4Wellness.com, a non-profit organization that will encourage young people to live a healthier lifestyle and provide training to counselors, coaches and parents.

“It is my mission to use my life-changing experience to educate people about the dangers of vaping and other substance abuse and to improve overall mental wellness through providing ways to cope with the pressures of being a teenager,” said Daniel, who made his first public appearance with his transplant physician, Dr Hassan Nemeh on Jan. 30 at a vaping town hall in Michigan.

“After his surgery, we discussed how he could be a beacon of change for others,” said Nemeh, surgical director of Thoracic Organ Transplant at Henry Ford Hospital. Nemeh performed the transplant with surgeons Dr Themistokles Chamogeorgakis and Dr Diazo Tanaka, along with a team of experts in Detroit. “As I have said from the start, vaping is an absolute evil that should be stopped. Daniel’s bravery coming forward to use his story to show why others should quit vaping should be commended.”

Additional resources for those looking to quit vaping can be found at: