Electronic Cigarettes: The Jury’s Still Out

While studies clash on whether electronic cigarettes help people quit smoking standard tobacco cigarettes, the Food and Drug Administration looks to tighten rules on the devices, which have exploded in popularity in recent years.

You can see people taking subtle inhales in restaurants, on public transportation, and out and about almost anywhere, exhaling a mysterious cloud of smoke, but without a white paper cigarette between their fingers. The electronic cigarette, a small, thin, metallic tube that has become more popular in recent years, has also risen as an alternative to the standard tobacco cigarette.

But whether or not the use of the electronic cigarette as a healthier alternative to the old-fashioned cigarette, or even as a device to help people gradually quit smoking, isn’t agreed upon by many health associations and scientific studies.

This leaves the public unsure of what the possible benefits and risks of using e-cigarettes might be. Many organizations are of the belief that people should exercise caution when making decisions about electronic cigarettes because there isn’t enough known about their health impacts, while industry insists that

The American Lung Association is “very concerned about the potential health consequences of electronic cigarettes, as well as the unproven claims that they can be used to help smokers quit,” according to the association’s website.

The ALA also points out that the Food and Drug Administration has yet to approve an electronic cigarette for the purpose of quitting smoking, and raises questions about whether secondhand smoke from e-cigarettes can impact people around the smoker.

“We know that smoke-free environments really help people quit smoking,” Glantz said. “So if you’re smoking cigarettes when you can smoke them and you’re using e-cigarettes when you can’t smoke, that reduces the incentive and the support for quitting.” He suspects electronic cigarettes are more about circumventing increasing smoking laws in public and private places than urging people toward quitting, though electronic cigarettes don’t claim to be a smoking cessation device even if they sometimes advertise themselves that way.

For Glantz, he feels another problem with electronic cigarettes is the lack of information about their long-term health impacts.

“In order to look at the long-term health impacts of electronic cigarettes, you have to wait a long time. So, we don’t know any of those things,” he said. He also mentioned that there are a few studies that examined the impact of e-cigarettes on lung function and found that they depress lung function and also contribute to lung inflammation. As far as concerns surrounding heart disease and smoking, he said that if someone is a dual use smoker and uses both electronic and tobacco cigarettes, her risk for for heart disease might not be reduced at all because she continues to smoke tobacco.

And all of these health concerns, he said, aren’t even including problems that have been reported in the media this year about electronic cigarettes exploding or getting too hot, causing different types of harm to users and bystanders.

“With e-cigarettes, the batteries are especially prone to overheating because smokers use incompatible chargers, overcharge the e-cigarettes, or don’t take sufficient safety precautions. For example, many e-cigarettes are made to plug into a USB port, which smokers may take to mean the devices can be safely charged with a computer or iPad charger. But if left too long in a common USB port, some e-cigarette batteries can fry,” Mother Jones reports.

As of late, even the federal government has felt need to regulate e-cigarettes and enforce tougher rules for them, however, businesses that thrive on e-cigarettes seem to be undeterred by what many see as rules that are easy to get around.

Time recently reported that industry seems to be winning a battle with the FDA because the agency’s rules aren’t tough enough, especially around the marketing of electronic cigarettes.

In April, the FDA proposed extending its authority over tobacco products to electronic cigarettes, even though they contain no tobacco but instead use nicotine and water vapor to create their smoke. New regulations would require e-cigarette companies to register with the FDA and report products and ingredient listings, only market new products after FDA review, only make direct and implied claims of reduced risk if the FDA confirms that scientific evidence supports the claim and that marketing the product will benefit public health as a whole, not give out free samples, require age and ID restrictions for purchase, and include health warnings on products.

“This proposed rule is the latest step in our efforts to make the next generation tobacco-free,” said former Health and Human Services Secretary Kathleen Sebelius.

But Glantz and many others see the FDA rules as not tough enough.

“What they actually proposed was extremely limited,” he said. “All they proposed was to assert jurisdiction over e-cigarettes; they didn’t really include any meaningful regulation of the product.” He worries no actual regulation will happen for several years.

Much of what is discussed about electronic cigarettes focuses on how accessible they are for teenagers and young people. The connection between marketing toward young people and the increase in electronic cigarette use among youth is not lost on critics. According to a study published in the journal Pediatrics in April, “youth exposure to television e-cigarette advertisements, measured by target rating points, increased 256% from 2011 to 2013,” and “young adult exposure increased 321% over the same period.”

And the advertising is doing its job: this month, the Centers for Disease Control and Prevention said that e-cigarette use more than doubled among middle school and high school students between 2011 and 2012.

“The findings … show that the percentage of high school students who reported ever using an e-cigarette rose from 4.7 percent in 2011 to 10.0 percent in 2012,” according to the agency.

In a compilation of electronic cigarette ads compiled by Stanford University, entire galleries showcase e-cigarette ads associated with candy, chocolate, ice cream, soda, and mocha drinks. One even advertises for a bubblegum flavor, complete with cartoon children in the background of the ad. Businesses sell many different types of electronic cigarettes, too, offering the ability to customize or tailor each device to a user’s needs; mini- and mid-sized e-cigarettes and advanced personal vaporizers or “APVs,” also referred to as mods. People can decide which type of e-cig they want based on how addicted they already are to nicotine or just based on aesthetic choice.

One study has also examined how young adults perceive electronic cigarettes and found that “the vast majority of young adults who have used these devices believe they are less harmful than regular cigarettes,” according to Science Daily. An alarming finding, according to Science Daily’s report, was that young people believed electronic cigarettes to be safer than cigarettes for the people around them, even though there is no evidence to support that claim.

But there are studies that redeem electronic cigarettes, too. Researcher Frank J. Chaloupka, PhD at the University of Illinois at Chicago, said in a recent Medscape article that he believes there could be both harm and benefits from the rise of electronic cigarettes. His argument is similar to many in the healthcare landscape; he believes there are problems with marketing tactics geared toward youth, which could lead to young people getting hooked on addictive nicotine, but also believes e-cigarettes might still be preferable to traditional tobacco cigarettes, filled with more toxic substances.

Perhaps one of the most debated aspects of electronic cigarettes is whether or not they can be used as smoking cessation devices for people who are looking to quit regular cigarettes.

But on the other hand, a study from the University of California San Francisco found just the opposite. Researchers found that, in a study of 949 smokers, “e-cigarette use at baseline was not associated with quitting one year later or with a change in cigarette consumption.” The American Heart Association has gone so far as to say e-cigarettes should be a “last resort” for people trying to quit smoking, NBC News reported recently.

With so much about electronic cigarettes unknown, from the way they impact human health long-term to whether or not they can exist as smoking cessation devices, much of the public is left wondering what the actual impact of using these slick, futuristic new vapor inhalers might be. One thing is clear, though; as far as the scientific and regulatory communities go, the jury is still out on electronic cigarettes. 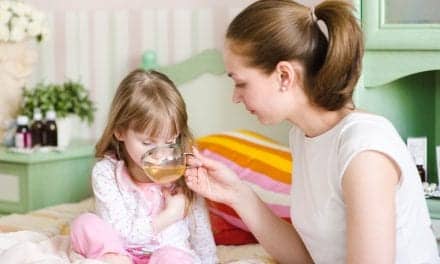