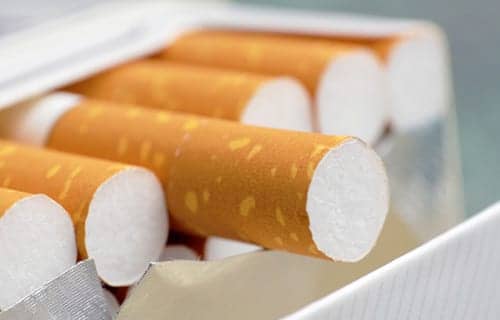 Reynolds American (the manufacturer of Camel cigarettes) has bought smaller tobacco rival Lorillard (manufacturer of Newport brand cigarettes and Blu e-cigarettes) for $27.4 billion, according to media reports that say the move is intended to improve Reynolds’ market position against its main competitor, the Altria Group (whose top brand is Marlboro).

The buyout will combine several of the nation’s best-selling cigarette brands, like Newport and Camel, under one company.

From the New York Times report:

Under the terms of the deal, Reynolds will pay $68.88 in cash and stock for every Lorillard share. Including assumed debt, the transaction is valued at $27.4 billion. It will then sell several brands — notably the popular Blu line of e-cigarettes and the Kool, Salem and Winston brands — and a former Lorillard manufacturing plant in North Carolina to Imperial for $7.1 billion.

British American Tobacco, which already owns 42 percent of Reynolds, will spend about $4.7 billion to buy additional shares to maintain the same stake in the combined company and help finance the deal.

The combination, the biggest upheaval in the industry since Reynolds merged with Brown & Williamson a decade ago, will give Reynolds bigger scale and national reach. Reynolds already owns popular brands like Camel, Pall Mall and Natural American Spirit cigarettes and Grizzly smokeless tobacco. Lorillard will bring Newport, the leader in the menthol-flavored cigarettes sector, which has proved more popular and suffered less of a sales drop than traditional cigarettes.

The combined company will also have greater geographic diversity. Reynolds has had strong sales in the Western United States, while Lorillard has been stronger in the East.

“This is about Newport and new synergies,” Susan M. Cameron, the Reynolds chief executive, said in a phone interview. “It takes us to the next chapter of transforming the tobacco industry.

The deal comes as the outlook for traditional tobacco is dimming. Though sales are still big — together, Reynolds and Lorillard reported $13 billion in revenue last year — the number of Americans who smoke has fallen sharply over the last five decades. Government statistics show that about 18 percent of adult Americans smoke cigarettes, compared with 43 percent in 1965.

Somewhat surprisingly, the combined Reynolds-Lorillard will sell Blu, one of the leaders in the booming e-cigarette market, to Imperial. Ms. Cameron argued that her company’s own offering, Vuse, had already demonstrated promising sales in test markets in Colorado and could compete against the better-known Blu.

Vuse is sold in about 15,000 stores and has taken a dominant percentage of the market for e-cigarettes in that state. Nationwide sales are expected to begin in coming months.

However, the deal will further concentrate the tobacco market in the United States within just two companies: Altria, whose Marlboro brand alone accounts for nearly half of all American cigarette sales, and the newly enlarged Reynolds, which will control about a third. 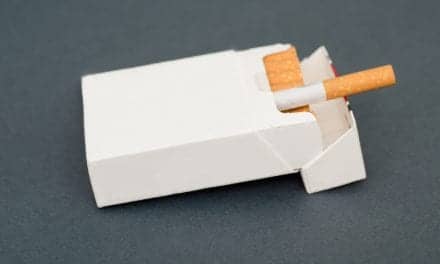 One in Five US Adults Use Tobacco Products