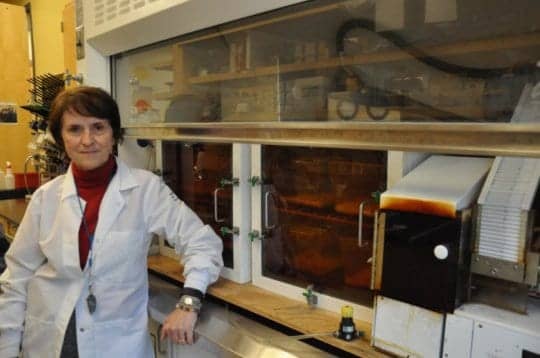 A research team has shown that thirdhand smoke (THS) exposure can cause insulin resistance, which is a precursor to type 2 diabetes.

“If confirmed in humans, our study could greatly impact how people view exposure to environmental tobacco toxins,” said Manuela Martins-Green, a professor of cell biology and neuroscience at UC Riverside and the lead author of the study. “Children and the elderly are especially vulnerable to THS and its impact on health. Because infants frequently crawl on carpets and touch objects exposed to exhaled smoke, they are at high risk for THS exposure. The elderly are at high risk simply because older organs are more susceptible to disease.”

Martins-Green explained that THS consists of tobacco smoke toxins that linger on surfaces and in dust after tobacco has been smoked.

“This includes toxins that become increasingly toxic with age and are re-emitted into the air or react with other chemicals in the environment to produce new pollutants,” she said. “Some of these pollutants are carcinogenic.”

Her research team found that cellular oxidative stress (arising because of reactive oxygen species) increases in mice exposed to THS, damaging proteins, fats and DNA, and leading to hyperglycemia (excess glucose in the blood stream) and insulinemia (excess insulin in the blood) — a condition also called insulin resistance. When the THS-exposed mice in her lab were treated with antioxidants, the oxidative stress, the molecular damage and the insulin resistance reversed, confirming that THS exposure increased oxidative stress.