The grandson of R.J. Reynolds describes the work of his virtually solo organization, Tobaccofree.org.

Colorful promotion posters are among features of Tobaccofree.org.

Since 1986, Patrick Reynolds has been on a one-man crusade against tobacco. Spurred by the deaths from smoking of his father and brother—and an ex-smoker himself—Reynolds, founder and president of Tobaccofree.org, has addressed Congress, appeared on numerous television programs, and spoken to up to 100,000 students a year on the health and personal costs of smoking.

What makes Reynolds and his organization stand out from the hundreds of antitobacco advocates is that he is the grandson of tobacco company founder R.J. Reynolds. “Making the decision to go against my family’s business was costly not just in terms of the loss of family, but also in financial terms,” he says. He has funded his organization completely on his own, primarily through his speaking fees.

Reynolds started Tobaccofree.org’s precursor, the Foundation for a Smoke Free America, in 1989, the year his memoir of the Reynolds family, The Gilded Leaf, was published. The organization is small, consisting only of him and a part-time staffer, but with his compelling story of the loss of his father and brother to lung cancer as a result of smoking, and with his shouldering of the Reynolds name, Patrick Reynolds has reached hundreds of thousands of children across the country about the dangers of smoking.

Connecting With the Audience
Reynolds’ parents divorced when he was 3. He did not see his father again until he was 9, and by the time the two were reunited, the elder Reynolds was undergoing treatment for lung cancer. Father and son saw each other only five times before cancer severed their relationship forever.

Reynolds uses his personal story of loss to connect with his school-aged audiences, many of whom are children of divorced parents. He opens with stories of his memories of his father’s death, and then asks those children not living with their biological fathers to raise their hands. “Often, you see half the hands go up,” he says. “Right away, we have a bond and a connection. If you open the heart of the audience, you can then charge in and flow them some information, and they’re going to hear you.”

The message is a balance of information and emotion, delivered with a dose of drama. Some of the talk is serious, as with Reynolds’ personal story or the story of a 19-year-old who died of oral cancer caused by chewing tobacco. Some of it is satirical and funny, including a group of cartoons showing Joe Camel in a hospital bed suffering from lung ailments.

Reynolds’ focus on school-aged children is calculated, because almost all smokers get hooked before their 19th birthdays. The average smoker uses tobacco for 17 years and has to make numerous attempts to quit. And teen smoking continues to be a serious problem. He cites Centers for Disease Control and Prevention statistics that found that between 1988—the year Joe Camel was introduced—and 1998, teen smoking increased by 73%. And though he fingers advertising icons like Joe Camel and the Marlboro Man for enticing kids to try tobacco, and movies for glamorizing its use, he says the rising use among kids has a more fundamental cause. “I came up with a third factor, the kids’ new-found fear of the future,” he says. “If a kid doesn’t believe in the future, maybe they’re going to smoke or use drugs because there’s no future anyway. In this part of my talk, I make four points. First, talk about [your fears] with another person; second, think positive; third, reevaluate what real wealth is; and fourth, catch my faith—no matter what happens in this world, it’s going to be okay. And because of that, you’re going to need your health, so you don’t want to smoke, you don’t want to drink, you don’t want to do drugs.”

Though Reynolds’ talk is framed by the message that kids need to remain tobacco- free or, if they are using tobacco products, to quit, the underlying purpose is to initiate students into life, a process that Reynolds indicates may help kids avoid addictive behaviors like smoking. In his initiation, which he links to the distant, tribal past, Reynolds tells the students that there is “some bad in the world” and there is pain, relating how in ancient cultures, pain was part of the initiating process—with initiates being ritually wounded or made uncomfortable. “The message the elders were trying to communicate is that life will bring you pain, and when that pain comes, what does the uninitiated adult do? A lot of them go to a bar and get drunk,” says Reynolds. “They light up a cigarette. Food, alcohol, drugs are all about avoiding pain, and my message is deal with your pain,” he says. He follows up this initiation by inspiring and restoring the kids’ faith in the future.

Not a Matter of Choice
Since the early 1960s, cigarette manufacturers have included warning labels on their products. Reynolds agrees that smokers who are suing the tobacco companies should be held accountable; however, that does not mean companies should get off the hook. “Does that mean that we’re going to let the tobacco industry go unaccountable in addicting our youth, targeting kids, lying about the dangers of smoking for years?” he asks. “It’s not a black-and-white issue. Should we sue big tobacco or not sue big tobacco? Yes, smokers are partly accountable, and the tobacco industry is partly accountable. I think a reasonable formula of shared accountability is appropriate.”

However, Reynolds discounts that the choice to smoke or not to smoke is really in the hands of tobacco users. “I hear from a lot of teens—‘It’s my choice, it’s my personal choice to smoke’—and I look them in the eye and say, ‘Don’t fool yourself.’ The short answer is that there really isn’t as much choice once you’re addicted to cigarettes.”

It is the recurring theme of addiction that is slowly broadening the message of Tobaccofree.org, which Reynolds hopes to build into something more far-reaching.

Reynolds freely admits that Tobacco free.org is financially strapped. He receives no salary, has no board of directors, and does little fund-raising. But he has big plans, including producing public service announcements that will run in movie theaters and expanding the mission of the organization to include sections on alcohol and drug abuse and stopping teen violence. As a private citizen, Reynolds has used the cachet of his name to address legislative bodies about the dangers of tobacco. He has even considered running for office at some future date.

Though facing down one of the major political lobbies in the country, Reynolds does not see the tobacco industry as his primary obstacle to success. Instead, he says, his biggest obstacle is himself. “I probably shouldn’t be talking about political issues,” he says with a laugh. “That probably hurts me from getting big money into the foundation.” 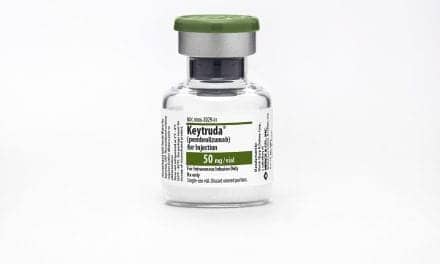