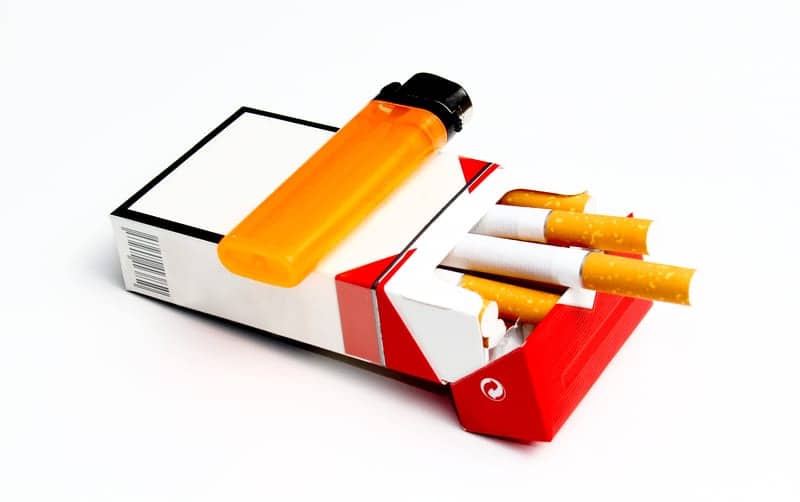 In a new study, scientists have measured the genetic damage caused by smoking in different organs of the body and discovered that smokers accumulated an average of 150 extra mutations in every lung cell for each year of smoking one packet of cigarettes a day. Researchers at the Wellcome Trust Sanger Institute, the Los Alamos National Laboratory, and their collaborators identified several different mechanisms by which tobacco smoking causes mutations in DNA. According to Science Daily, the study provides a direct link between the number of cigarettes smoked in a lifetime and the number of mutations in the tumor DNA.

The highest mutation rates were seen in the lung cancers but tumors in other parts of the body also contained these smoking-associated mutations, explaining how smoking causes many types of human cancer, reports Science Daily. In this analysis of the DNA of cancers linked to smoking, researchers studied over 5,000 tumors and compared cancers from smokers with cancers from people who had never smoked. The research team found mutational signatures, or molecular fingerprints of DNA damage, in the smokers’ DNA, counting how many of these specific mutations were found in the different tumors.

On average, the research team found that smoking a pack of cigarettes a day led to 150 mutations in each lung cell every year, and the mutations represent individual potential start points for a cascade of genetic damage that can eventually lead to cancer. The numbers of mutations within any cancer cell will vary between individuals, but this study shows the additional mutational load caused by tobacco, as indicated on the Science Daily report.

“Before now, we had a large body of epidemiological evidence linking smoking with cancer, but now we can actually observe and quantify the molecular changes in the DNA due to cigarette smoking,” explains Dr Ludmil Alexandrov, the first author from Los Alamos National Laboratory. “With this study, we have found that people who smoke a pack a day develop an average of 150 extra mutations in their lungs every year, which explains why smokers have such a higher risk of developing lung cancer.”

“The results are a mixture of the expected and unexpected, and reveal a picture of direct and indirect effects. Mutations caused by direct DNA damage from carcinogens in tobacco were seen mainly in organs that come into direct contact with inhaled smoke,” says Professor David Phillips, an author on the paper. “In contrast, other cells of the body suffered only indirect damage, as tobacco smoking seems to affect key mechanisms in these cells that in turn mutate DNA.”

Joint lead author of the study from the Wellcome Trust Sanger Institute says, “Our research indicates that the way tobacco smoking causes cancer is more complex than we thought. This study of smoking tells us that looking in the DNA of cancers can provide provocative new clues to how cancers develop and thus, potentially, how they can be prevented.”