Major League Baseball (MLB) and the players’ union have agreed that players, managers, and coaches, will no longer be able to carry a tobacco tin or package in their uniforms at games, or any time that fans are in the ballpark. In addition, they will be prohibited from using smokeless tobacco during televised interviews, at autograph signings and other events where they meet fans, or at team-sponsored appearances.

The agreement is included in the new 5-year contract, accepted in November by the players, managers, and coaches that takes effect in 2012.

The American Lung Association welcomes the move as smokeless tobacco has long been a fixture of baseball.

“Young fans often do more than emulate their favorite player’s swing. They sometimes copy their personal habits as well,” said Charles D. Connor, president and CEO of the American Lung Association. “These restrictions will help kids see players in a healthier light that doesn’t include tobacco.”

MLB and players will also join forces on a nationwide public service campaign on tobacco use that is aimed at youth—particularly young baseball players. The agreement also bolsters tobacco education programs for players, and creates a new MLBPA center on cessation to help players quit.

Last November, the American Lung Association joined with nine other major medical and public health groups to form the Knock Tobacco Out of the Park Coalition. The coalition grew to include more than 200 supporters, including dozens of public officials around the country, youth baseball leagues, notable baseball figures, faith leaders, state and local health groups, and others. Fans and advocates sent more than 35,000 messages to MLB, MLB teams and players, urging them to act.

Is Smoking Tobacco an Independent Risk Factor for HIV Infection and Progression to AIDS? 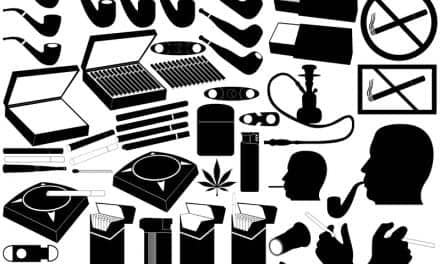