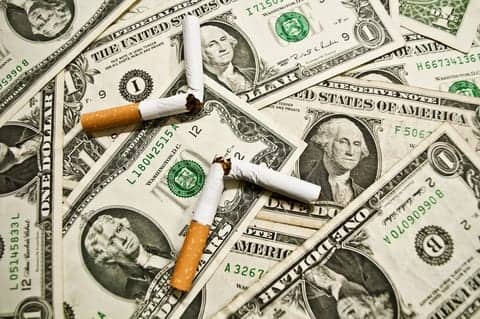 A study released on the cost of smoking in California shows smoking-attributable costs for 2009 came to $18.1 billion.

Today Nicotine & Tobacco Research publishes the third in a series of studies on the cost of smoking in California, one of the first US states to implement a comprehensive tobacco control program. Researchers estimated expenditures for smoking-attributable costs (healthcare, lost productivity from illness, and lost productivity from premature mortality) for the year 2009. The total cost came to $18.1 billion, amounting to $487 per California resident and $4,603 per smoker.

In two previous studies, conducted in 1989 and 1999, the annual financial impact of smoking on California’s economy was tallied at $7.6 billion and $15.8 billion, respectively. Nominally, the figures show a 15% increase in the last decade, but inflation-adjusted totals show a very different picture: the total cost of smoking in 1999 expressed in 2009 constant dollars was $20.8 billion. Real costs have actually decreased by over 13%.